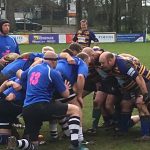 Welcome to the TWRFC 4th XV, all new players are welcome!

We are a mixture of old dogs and young pups and our focus is very much on enjoying ourselves!

Please see the below contacts should you wish to get in touch with us; 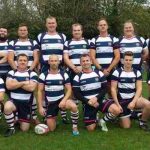 Welcome to the TWRFC 3rd XV, all new players are welcome.

We are currently playing in the Shepherd Neame Premier Div 2 East.

Please see the below contacts should you wish to get in touch with us;
3rd XV Captain: Zak Martin tel: 07817 259069 email: zak@greenwich.plus.com

Our 2nd XV operates as part of our Senior Squad, for more information please click here or check out our fixtures and results by clicking on the tabs above. 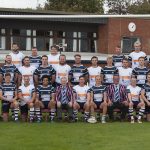 Our 1st and 2nd XV sides are selected from our Senior Squad. Tunbridge Wells RFC 1st XV play Level 5 rugby in the London and South East Premier League, formerly known as National 3, where we have had two successful seasons, finishing in the top half of the league on both occasions. The squad has enjoyed considerable success over the past 5 years: winning promotions in the 2012-13, 2015-16 and 2016-17 seasons, and winning the RFU Intermediate Cup at Twickenham, beating St Benedicts RFC 56-14 in front of thousands of Tunbridge Wells supporters in 2016-17. The 2nd XV play in Invicta One, a very competitive league made up of Kent’s leading 2nd XV teams. Over half of our squad are home-grown players, most having come through our hugely successful Mini, Junior and Academy sections, with the rest of the senior squad made up of talented and ambitious British and overseas players who have joined us more recently.

We are one squad, two teams, and work hard to promote a culture of teamwork and opportunity throughout the Senior Squad.

The group is led by Head Coach Simon Whatling, now in his third season with TWRFC. He enjoyed a long and successful career playing professional rugby at Fly Half for the Worcester Warriors, Cornish Pirates and London Welsh before moving on to Blackheath. His coaching experience includes assistant coach at Blackheath and Head Coach of the Blackheath Academy.

Simon is supported by Forwards Coach and former prem player Aston Croall who joined TWRFC last season. He has enjoyed an outstanding professional career, initially with Harlequins and Sale Sharks before moving to Blackheath where he played alongside Head Coach Simon Whatling. Along the way he played for England at U16, U17, U18 and U21 age groups, England Counties, The Barbarians and in the Heineken Cup.

Behind the scenes Director of Rugby Jim Scully is supported by Michelle Greenall and Amanda Douch.

For 2019-20 season training takes place at St Marks every TUESDAY and THURSDAY evening at 7.30 pm. New players will be warmly welcomed, so if you are interested in joining please come along and introduce yourself to one of the coaches or management team. If you have any questions about training or playing for the club please do not hesitate to call or email our DoR Jim Scully.