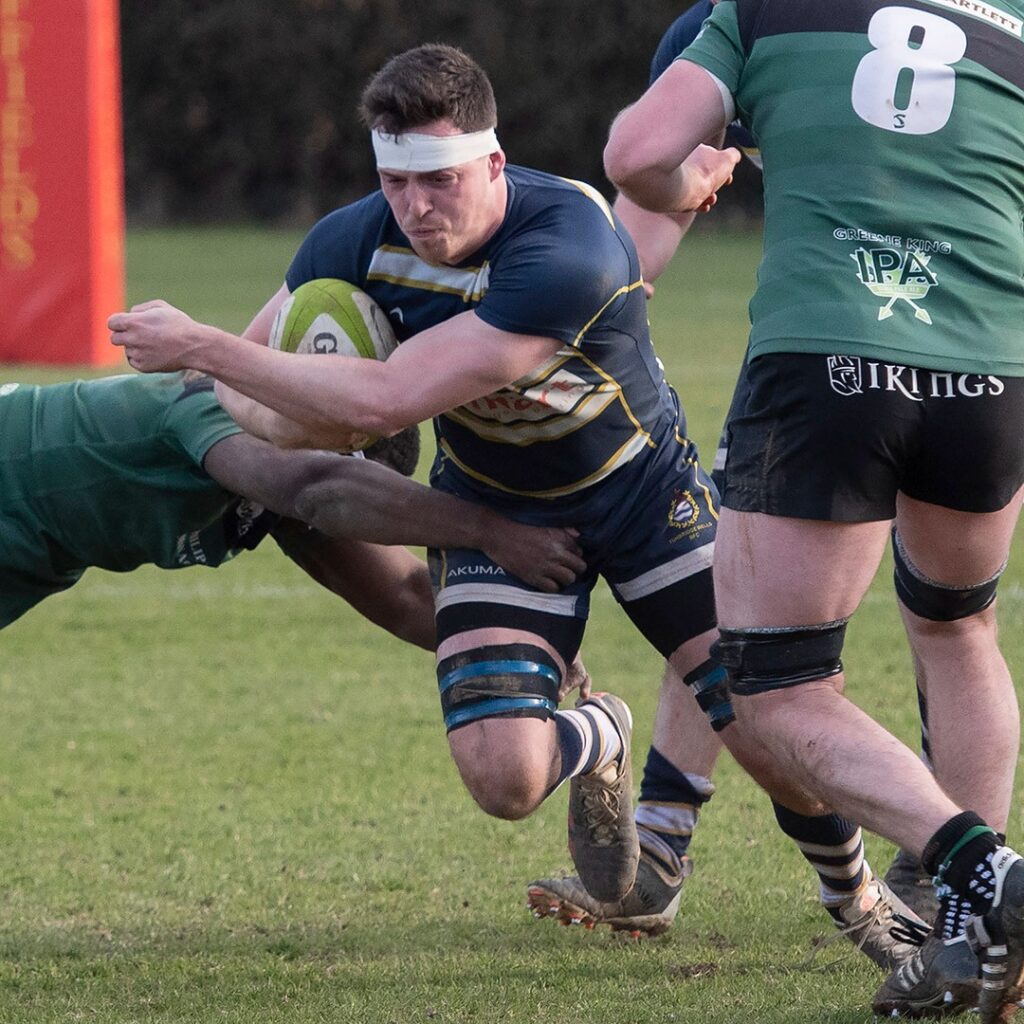 Tunbridge Wells travelled to North Walsham in North Norfolk for the first time on Saturday to meet a home side smarting from their defeat by Sevenoaks the previous weekend. The Wells went down to their biggest defeat in recent years beaten by the quality of the opposition players and the pace of the game.

Wells kicked off into the wind on a pitch made for running rugby. North Walsham were quickly on the attack and with slick passing and aggressive recycling their open side flanker, Charlie Fethney, was put into space on the Wells 22 and sprinted through to score with 3 minutes played. The try was converted by the home side no.10 Matt Hodgson – a player of quality who would go on to be a major influencer in the game.

From the kick off Wells secured a scrum, but the ball was knocked on from the subsequent lineout and from the following scrum the North Walsham no. 8 picked up and passed to Hodgson who ran a clever line to avoid the Wells defence and score. He was successful with the conversion; in fact he was only unsuccessful with one conversion out of the 13 attempted in the afternoon.

Wells were soon under further pressure defending a line out 5m from their line. The home side attacked and despite the visitors resolute defence the North Walsham hooker, Ethan Sikorski, forced his way over under the posts and Wells found themselves 21-0 down after 11 minutes.

There followed some encouraging Wells play led by the excellent Nick Doherty who made powerful mazy runs all afternoon and was the team’s outstanding player. Wells came close to scoring but a poor wide pass let Walsham off the hook. Following a lineout, the home side worked the ball skillfully downfield and a clean break by their inside centre created space for their scrumhalf Jake Duffield to score between the posts, 28-0 after 18 minutes. The try bonus points secured, Callum Anthony, the other centre crossed the Wells line for their 5th try and a lead of 33 points on 20 minutes.

Tunbridge Wells now staged a mini rally when good work down the left hand side resulted in Wells winger Jack Smith going over for a try converted well, into the wind, by Jack Anderson, 33-7.

North Walsham scored three further tries by halftime, playing through their 10 who was instrumental in them all. An inside pass put their blind side flanker in; a sharp break released their no.8 to score his second try, and a further decisive break and inside pass resulted in a second try for Jake Duffield. Despite a score of 54-7 at halftime it is worth noting that the Wells side at no time gave up, their spirits remained high and in patches they had been competitive.

The second half started brightly for Wells who lost Max Hobbs (replaced by Charlie Rigby) to injury in the 51stminute and it was not until the 10th minute of the half that NW scored again. It was an excellent try by the winger Shaun Blyth who received the ball in his own half and scythed his way though the Wells defence to score a try, 61-7. From the kick off good NW interplay allowed the no.8 and Captain, Will Hodgson, to complete his hat trick of tries. 68-7 on 57 minutes.

Wells then stole a lineout and an infringement at the resulting ruck led to a NW player heading for the sin bin. But even reducing the home side to 14 men could not prevent them from scoring a further three converted tries before the final whistle. 89-7 at full time.