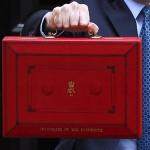 Following on from the page-turner that was the update on the club shop. I continue my series of bestsellers with an update on the 2019/20 budget.

Our Chairman Mike alluded to the club finances in his earlier update. The recent loss of several key sponsors, coinciding with the higher running costs of being at level 5 meant things were starting to look a little tight. Arguably that’s not entirely new news – the club finances have been a bit ‘tight’ for the last two years.

The commercial team have already been very active, both to engage with new potential sponsors, and also to make sure that our sponsors receive a compelling proposition from the Club. Whilst there is still work to be done – the picture is already looking slightly more positive. To call out a few areas of note:

Please give if you can.

SIX NATIONS ITALY v ENGLAND - OFFER UPDATE
A great deal for Italy v England just got better!!
Each table will get two bottles of wine included in the price!!
Get your bookings in quickly - apply to:
socialmedia@twrfc.com
#oneTWRFC
#sixnations