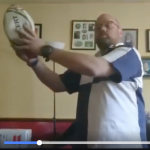 Well done to those of you who participated in the various passing video challenges. I know a few are still to publish and I’ll add there here as they are shared…

This week – we’re setting a new challenge which should help get us all ready for the world-rugby global law trials, one of which is to be trialed in England next season. Specifically the permitted forward pass. For more details – read the World rugby announcement below. Teams will be allowed once pass per phase, provided the receiving player catches it in the 22 (some age grade variations apply).

In the video below, Martin provides a little guidance on how to do this – as well as setting the video challenge.

Following a comprehensive evaluation by the expert Law Review Group, the Committee approved six law trial proposals submitted by unions and developed at the ground-breaking player welfare and laws symposium in Marcoussis, Paris, in March.

The package of trials will be rolled out as designated closed trials in competitions around the world and if successful, would be recommended for global trial within the next Rugby World Cup cycle, meaning Rugby World Cup 2023 could be the first global showpiece to feature law amendments fully aimed at reducing injury risk. Full announcement ,details of the law trials (including impact on Reg 15) 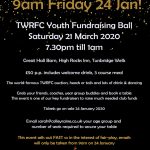 As I relayed in my note earlier in the week it is with great regret that we cancelled the Youth Ball that was planned for this weekend. I know that many of you were really looking forward to getting together and having a good time with friends from the club.

Having to cancel the event is also a financial blow for the club, The youth ball is our biggest event of the year and our largest fundraiser! In fact it was destined to have over 200 people attending on the night.

We have reserved a couple of dates at the High Rocks in September and October for the bigger and better (postponed) event to happen and we hope you will be able to join us then.

In the meantime the club is sat on your monies and I wanted to give you three options with regard to the £50 per head you have paid:

I will ask our organiser and all round superstar volunteer Sarah Raine to reach out to the table captains and ask for your replies.

In the meantime thank you for your continued support for the club and hopefully see you back at St Mark’s soon.

is is a real shame as it our biggest event of the year and our largest fundraiser! 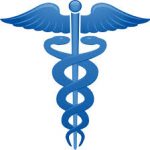 Important message for all club members and visitors

The Government and the RFU have now issued more prescriptive guidance on how we should all be reacting to the Coronavirus (links below). In response to this guidance we have made the following decisions:

The Government has advised to avoid social contact, hence……

This is very disappointing, but hopefully in the circumstances, entirely understandable news. Let’s hope the virus is short lived and less impactful than the Government is planning for. Rugby is important but the health of the nation and our friends/family is way more important.

If anyone in our community needs any help or assistance over the coming weeks or months then please do get in touch with me or any member of the club and let us know. We know we are a valuable part of our local community and times like this we would will stand tall to support you. #OneTWRFC. 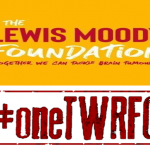 The Charity Quiz Night for the Lewis Moody Foundation has sold out!

The quiz starts at 7pm hosted by our very own Tim McCabe – with Heads & Tales and a Raffle as well. Curry from our friends at The Raj will be served from 7:45pm

Ahead of the quiz we have 18 brave souls who have volunteered to “Brave the Shave” and be sponsored to have their heads shaved – the razors start buzzing from 5:45pm.

Even if you cannot make the quiz you can still sponsor “Brave the Shave” via our just-giving page:

Raffle tickets will be available all day Saturday from Chaz or Stu for £5 per strip or £10 for three. Some great prizes are on offer including signed memorabilia from former England, Leicester Tigers player and World Cup Winner Lewis Moody 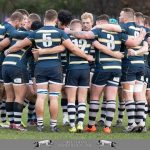 Parking: Please park in the Tunbridge Wells Boys Grammar School carpark which is next door to the Sports Centre. 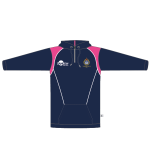 Can now be ordered online until Fri March-13.

Small-print: Delivery could be as long as 22nd May (not quite Amazon prime); Orders accepted subject to TWRFC meeting min. order-qty of 10 tops

On the 14th March, members of Tunbridge Wells RFC will be ‘braving the shave’ to raise money and awareness for the Brain Tumour Charity (Lewis Moody Foundation).

On the 11th December 2019, our fellow team mate Chris Brown and his wife Faye, discovered their 1 year old son, William, had an aggressive and rare form of cancer, combined with a brain tumour. William has been getting the best care possible at Kings College Hospital and after several successful operations, he is showing the courage and determination of a champion.

After hearing the devastating news, the club want to come together and hold a fundraising event for William and the Brain Tumour Charity (Lewis Moody Foundation). Chris and Faye have asked all the proceedings goes towards the charity, which helps people of all age battle brain tumours.

The ‘Brave The Shave’ evening will kick off at 7pm and will also inlcude a quiz night hosted by our very own Tim McCabe and a raffle. Quiz teams can be up to eight people and entry is £15 pp including a curry from our friends at The Raj!

If you would like to make a donation please to go: 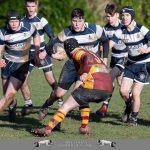 Sunday 19 Jan was Academy’s first home game of the season – the weather had taken its toll on St Marks pitches but The Skinners School kindly stepped in to offer one of their pitches.

Wells turned out a squad of 22 against visiting Dartfordians in front of a decent crowd. Wells Academy had put in some good recent performances but as a relatively new squad need time to start working together, string a few phases together and to start unlocking their true potential.

Early into the first half, Sam Dupuy spotted space on the wing and floated a sublime pass out to Harry Child at fullback who opened up the scoring. Sam Dupuy converted 7-0.

It was the forwards turn next as first Will Hawkesfield and then Jamie Phillips made strong carries before offloading to Dan Solomon who scored under the posts. The conversion making the score 14-0.

Straight from the whistle Markuss Launovics made a 50m run to put scrum-half Innes Woodhouse back under the posts for the third try. Sam Dupuy converted and the half ends 21-0.

With 22 players Wells Coaches made a number of half-time changes and sent players back on to the pitch with a discussion on reducing the number of penalties conceded ringing in their ears.

Wells took the squad changes in their stride and it wasn’t long before the backs started to click again and Euan Symonds went in for the opening try of the second half. Score 26-0.

Sam Dupuy made a great break and with some fantastic individual skill ran a try in from halfway. With him slotting his own conversion the score ticked over to 33-0.

Wells continued to apply pressure and of the back off a ruck, Harry Child spotted space, made a great line and off a pop-pass from Sam Dupuy went in for his second try of the game. Wells really enjoyed their rugby with the forwards and backs working well together, Cam Keys spotted an opportunity in the corner for another try but the conversion was missed.

Wells still weren’t done with Connor Bourne on the wing, not wanting to miss out, scored in the last play of the game the conversion made the final score 49-0.

Tickets for the much awaited Youth Fundraising Ball go on sale this Friday from 9am.

The Ball which is the biggest event in the Youth Section social calendar is a great night out but also a key fundraiser – supporting the section delivering quality rugby to over 600 youth members.

Tickets can be reserved by emailing your age group and numbers to sarah@colleyraine.co.uk.

Tickets sell out FAST so in the interest of fair play emails will only be accepted from 9am Friday 24 Jan. 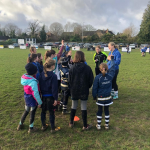 After a very encouraging start for TWRFC Ladies U11s section a second taster session will be held on Sunday 26 Jan aimed at girls in Year 4,5 and 6.

The session is planned from 11:30am – 1:00pm on the 3G pitch at Tunbridge Wells Boys Grammar School, located by St. Johns Sports Centre (TN4 9TX).

The first session,on 12 January, attracted 15 girls and was run by Tammy Samuel, Head Coach of U13s and former England International supported by experienced players from the U13s squad and returning coach Julia Baldock.

The fun session started with a mix of warm-ups, assault course and relay races. From there the girls moved into a game of touch rugby so that the new girls could get used to running forwards and passing backwards.

“It was really fantastic to see so many girls at the session and to watch our more experienced Wells players coaching and encouraging the new girls” said Tammy. “This is just the first step in developing an U11 squad, we have more try out sessions planned and we have experienced coaches lined up to support the girls on their rugby journey”

Coach Martin is back this morning with this weeks challenge - full details on TWRFC website https://twrfc.com/news/week-2-video-challenge/

@TWRFCLadies still getting some rugby during Lockdown