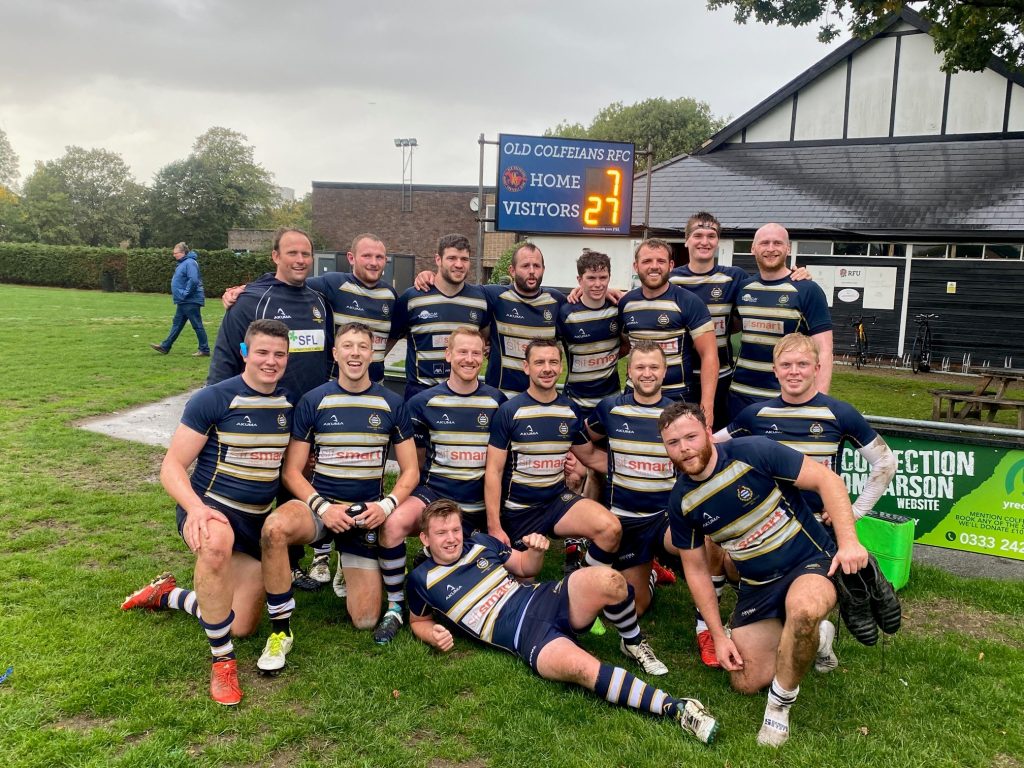 It was great to see the return of Charlie Rigby from injury playing at 10 to accommodate a backs reshuffle. It looked a strong side again against what looked like an equally strong and big Colfes side.

Colfes kicked off and Wells failed to collect resulting in the first of many penalties. Early Colfes pressure looked certain to get points on the board but Wells defence held firm and at the first opportunity Wells found space and the ball went from wing to wing before Max Douch scored in the corner for a 0-5 lead.

Colfes had the most of the early possession despite going down and Wells were racking up the penalty count. On 15 mins skipper Stu Nicholls saw yellow, Colfes piled on the pressure but could not convert and Wells cleared their lines. The 14 men marched upfield and quick thinking from Douch taking a quick tap penalty saw the ball spun wide to Harvey Colangelo to step inside the defence to score Wells second try. Ed Shepherdson added the 2 into a strong wind and Wells led 0-12 after 30 mins. Colfes strong runners in particular their centres found gaps but Wells defence was not to be breached and Ed Shepherdson concluded the half with a penalty for a 0-15 half time lead.

The second half started much like the first with Colfes attacking early on and for 15 mins Wells defended and cleared their lines. It was Colfes to get the wrong side of the ref in the second half and this gave Wells respite. Wells forwards were winning some good ball and as soon as they went through the phases a score always looked possible. Quick ruck ball and a lovely chip ahead from Spice saw Douch chase and claim the ball to dot over the line and with Shepherdson converting Wells had a 0-22 lead.

With 20 mins to go Colfes got their reward for their pressure as Wells ran out of defenders. The gap was closed to 7-22 and Colfes had a renewed energy. This game was not over. With the weather changing and the rain coming down heavily neither side could make any real gains. Wells kept it tight and with 30 minutes on the clock they attacked the blind side and Colangelo barged his way into the corner for his brace. At 7-27 the game was one, Colfes attacked again but Wells were equal to it and saw the game out.

This was another good performance from a strong side starting to gel and great to see so many players in the team that have come through the Wells system from Minis to Juniors to Seniors. Long may it continue.