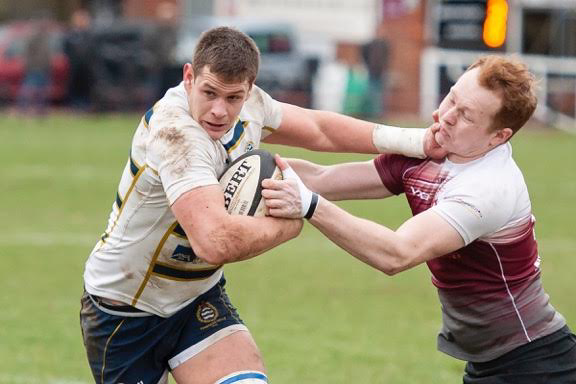 TWRFC Club overview which Graham “Press Officer” Withers submitted for a feature in Index (I believe the brief for this was 250 words…). Figures updated end 2020/21.

Tunbridge Wells RFC was officially formed as Old Skinners RFC in 1931 before becoming open to all players and renamed in 1973. Home games are played at St Marks off Frant Road in the town, and it is a quirk of geography that half the pitches sit in Kent whilst the others are in Sussex.

Under new Chairman Mike Rigby and the club’s Executive Board, the club has a vision “to be a volunteer-based Community Club, which champions sport for players of all age, gender, diversity and ability, enabling them to play to the best of their ability on first class facilities; playing high quality senior rugby at or above London SE Premiership level”.

The club is about to embark on a third season at National Level Five after a period of unparalleled success on the pitch that witnessed three promotions in four years and victory at Twickenham (cheered on by 10,000 supporters) in the 2016 National Intermediate Cup Final.

Over half of the current First XV squad are home-grown players, most having come through the hugely successful Mini, Junior and Academy sections, with the rest of the senior squad made up of talented and ambitious British and overseas players who have been attracted to the club by its success. The club runs three senior Saturday teams catering for those wishing to play both “serious” and “social” rugby, plus a thriving Veterans squad.

Last year saw two players – flanker Mike Hathaway and outside half Frank Reynolds – don the Kent jersey, whilst both Chaz Spence and Nick Doherty have played for they county side in recent times. The path of players like Hathaway is a blueprint for what the club is looking to achieve in that he started at the club as a mini rugby player, then moved through all the age groups before returning from University to eventually captain the First XV and represent Kent.

The club have been running Girls-Only Rugby (year 7 and above) since 2014 with considerable success. The Under 15s reached the 2018 National semi-finals & the Under 18s won every Kent Competition, Cup & League in 2019. This has not come easily as rugby must compete with many other activities including Cadets, Dancing, Horse Riding and other sports, but the current 60 girls work really hard to give rugby its time because they get more than just a sport – they get a team of mates around them; they get to play a physical sport safely and there are no size/shape restrictions as everyone can play somewhere. The club welcomes everyone to give it a go and that includes school-age+ ladies!

The Junior section is the bedrock of the club with over 750 registered players from under 6s to Under 18s. This includes in excess of 50 players from Under 16-Under 18 which makes up the Colts. This age group also feeds the Academy geared towards nurturing boys into future 1st XV players for years to come. The Academy is at the heartbeat of the club and the challenge it faces are the same as many sports – keeping the next generation interested in playing either elite or social rugby. To do this the club is proud of its “one club” ethos, and with this in mind coaches have gone out into the school community at both at Primary and Secondary level.

For 2019/20 the club is seeking to grow the youth membership (within the confines of space, and to assist in this it has tied up with local schools to gain access to all-weather pitches); to strengthen and deepen the senior squads; to invest further in the club’s assets (pitches, playing and clubhouse) and in an increasingly “professional” era in all aspects, to grow its commercial partnerships. The upcoming Rugby World Cup should also increase exposure to the sport across all media and social channels, which provides significant opportunities for clubs such as Tunbridge Wells.