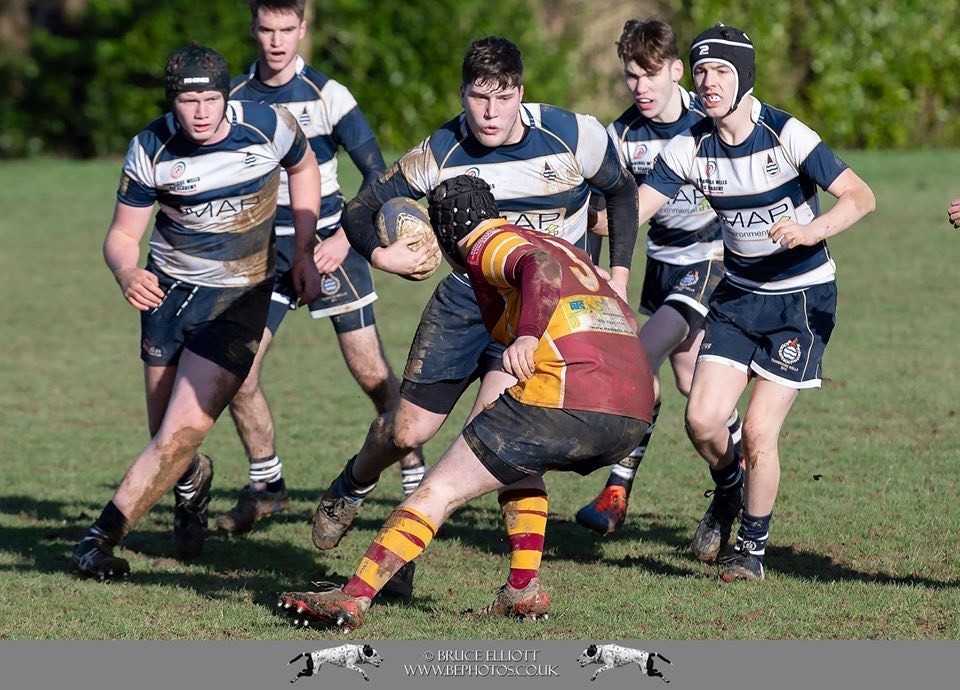 Sunday 19 Jan was Academy’s first home game of the season – the weather had taken its toll on St Marks pitches but The Skinners School kindly stepped in to offer one of their pitches.

Wells turned out a squad of 22 against visiting Dartfordians in front of a decent crowd. Wells Academy had put in some good recent performances but as a relatively new squad need time to start working together, string a few phases together and to start unlocking their true potential.

Early into the first half, Sam Dupuy spotted space on the wing and floated a sublime pass out to Harry Child at fullback who opened up the scoring. Sam Dupuy converted 7-0.

It was the forwards turn next as first Will Hawkesfield and then Jamie Phillips made strong carries before offloading to Dan Solomon who scored under the posts. The conversion making the score 14-0.

Straight from the whistle Markuss Launovics made a 50m run to put scrum-half Innes Woodhouse back under the posts for the third try. Sam Dupuy converted and the half ends 21-0.

With 22 players Wells Coaches made a number of half-time changes and sent players back on to the pitch with a discussion on reducing the number of penalties conceded ringing in their ears.

Wells took the squad changes in their stride and it wasn’t long before the backs started to click again and Euan Symonds went in for the opening try of the second half. Score 26-0.

Sam Dupuy made a great break and with some fantastic individual skill ran a try in from halfway. With him slotting his own conversion the score ticked over to 33-0.

Wells continued to apply pressure and of the back off a ruck, Harry Child spotted space, made a great line and off a pop-pass from Sam Dupuy went in for his second try of the game. Wells really enjoyed their rugby with the forwards and backs working well together, Cam Keys spotted an opportunity in the corner for another try but the conversion was missed.

Wells still weren’t done with Connor Bourne on the wing, not wanting to miss out, scored in the last play of the game the conversion made the final score 49-0.