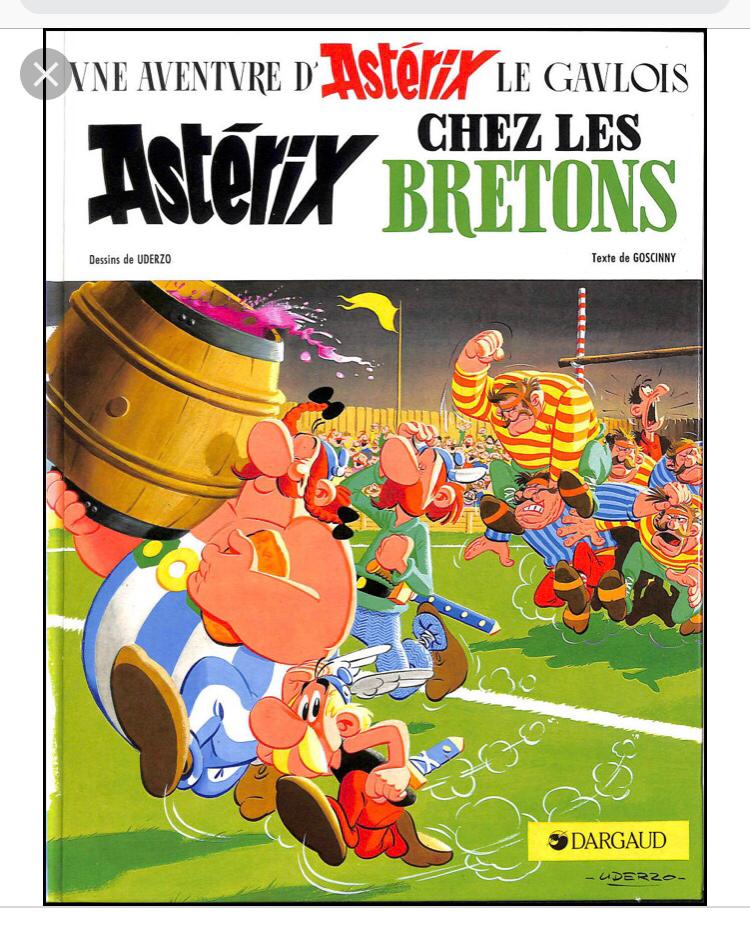 Asterix gets his comeuppance

The year is 50 B.C. Gaul is entirely occupied by the Romans. Well, not entirely… One small village of indomitable Gauls still holds out against the invaders. Meaning life is not easy for the Sevenoaks legionaries garrison outside the fortified camp of St Marcus, Tunbridge Wells.

“Oh bollocks”, said Geriatrix Maynard as he rose from post gym slumber and wiped dribble from his chin, “the senility of old age has caused mayhem recently.” And with that he picked up the magic cauldron, of vets rugby brilliance, and, mistaking it for his chamber pot, poured the contents down the latrine….

Later that day, as the Sevenoaks garrison strapped their sandals, chief vital statistix, aka Gobby G, called his tribe of rugby heroes together and spelt out his cunning and erudite plan. “Errr…Let’s beat Sevenoaks at rugby and..er…Eat fish… it makes me rich”.

The tribe cheered as the cauldron was placed in the changing room. “It looks a different than usual”, noted Beamicus the speedy, but they ignored him and carried on cheering. At least most of did… for fat father Obelix was strangely absent; awaiting a ride from a limping French immigrant called Gregoire dirtytarticus.

Addipem bracus, the big britches, stirred the pot afresh and handed a spoon of infamous brew to the assembled Gauls. “Ooh it tastes different but somehow familiar” said camp Rainbow the bard, as Hackeriticus, not a swallower, spat his on the floor. “No it tastes like shit” said Sedgicus Caesar who had much better food awaiting upstairs.

“It a disaster” screamed Chinese dave, the slave with freakish cartoon lips and rounded tummy, as they realised the potion was gone. Hughesicius, Darbyititus,Mac Macias and webbitus did weep. Big Baldockus rent his garments. Lance lancius smoked a fag. And all the gauls agreed it was a disaster indeed. The game was minutes away, the potion missing and only Geriatrix body fluids to feed them.

At first it seemed the plucky Guals might just do it without as they matched the ferocity of the well drilled Sevenoaks garrison. Tiny Asterix Miles running through their legs and scoring under the posts to even things at 10-10. But soon the lack of that magic fluid took its toll as the oafish Sevenoaks men, seven of whom were playing ones last year, began to turn the screw. Only Severus Slattery smiled for he was secretly one of them. And nasty Rigbius for he truly is evil.

Oh dear! It all got too much for Zakaria and Parsonica. The first raging at the referee in frustration, the second squealing to the crowd about the missing liquid. “Don’t just gawp bring on the water!!” Only Getafix Whiting kept his cool, strangely tranquil as ever, even offering himself to the foe as a makeshift human carpet.

The final score was 16-66 and so the drama is now on for the legend of Gaul lies in ruins. Will the plucky veterans return to winning ways? Will they turn instead to anger and vitriol – as did nasty Wrattenicus who deserved his yellow card? Or will they fade to obscurity? Tune in next time for the next exciting chapter of Asterix gets his comeuppance- aka “how to take a right old stuffing from a stupidity good team” If only Timmy Ali had not left camp he might have saved the day with that mighty left hook…