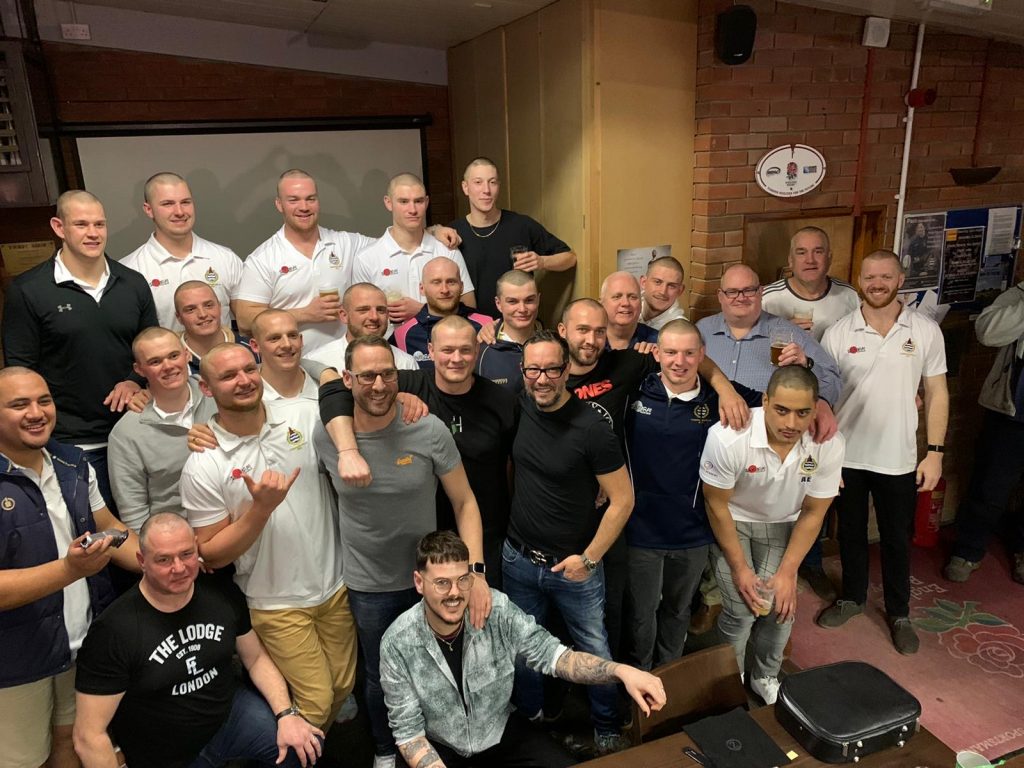 In what turned out to be the last social event of the season the club held a charity “Brave the Shave” event in March in aid of the Lewis Moody Foundation, a charity that supports people of all ages battling brain tumours. The event was organised after first team player, Chris Brown’s 19 month old son, William, was diagnosed with a rare and aggressive cancer in the form of a brain tumour.

“The Club wanted to come together to support Chris and his family” said Stuart Nicholls, a fellow first team player who helped organise the event. “Chris and his wife Faye asked for any funds raised to go to the Lewis Moody foundation, a charity run by the ex-England and Leicester Tiger player”

25 brave souls took on the challenge to have their heads shaved – the team from Gallery Hair & Beauty, in Southborough, manned the clippers. Once all the heads were shaved, the evening continued with a quiz, raffle and some excellent food supplied by The Raj Pavillion.

The event was given an additional boost courtesy of Tonbridge Juddians. Earlier in the day TJs had run their own charity match that TWRFC players and supporters attended. When TJs heard about the Brave the Shave they held and extra collection that raised over £750 – a great example of how rugby is a real community sport.

Donations continued to come in after the event and we can now confirm the event raised over £2500 for the Foundation, with a donation also made to the family to help with William’s on-going care.

A huge thank you to the team that organised the event, those that attended and everyone that donated #oneTWRFC!

The shop is open every Sunday on the decking outside the cafe.

The weather forecast looks kinder this week! We'd love to see you there.

The 1st XV & 3rd XV are both away this Saturday. Sunday sees a number of home fixtures...