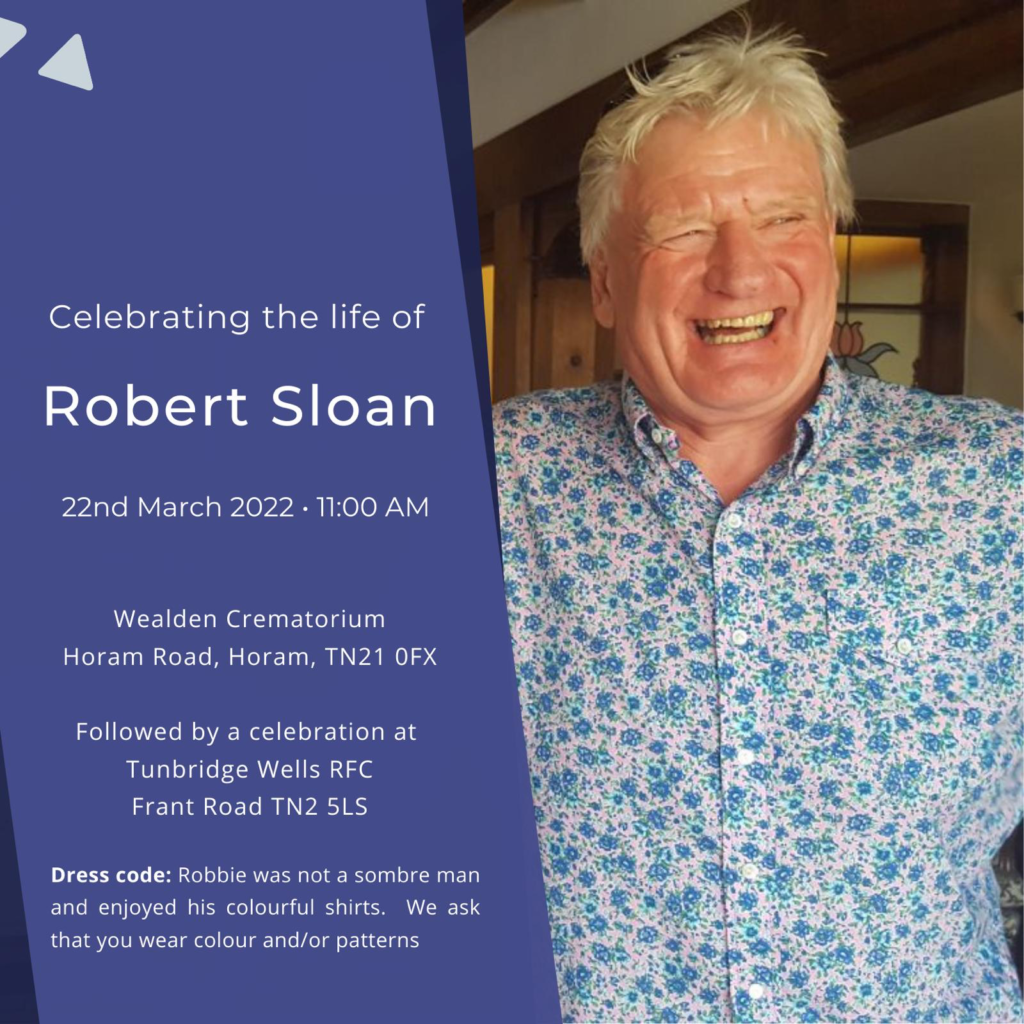 Celebrating the life of Robbie Sloan

It is with great sadness that the club has to announce the passing of Robbie Sloan.

Robbie was part of the club for over 45 years and a has been a true supporter on and off the field. In his playing days he represented the club as loose head prop for the 1st XV for over a decade. He was ahead of his time being a very mobile front row forward and was the 1st XV top try scorer one season.

Since retiring from the game due to injury, he became an enthusiastic supporter and could often be seen (and heard) on the touchline or in the bar.

A chef by profession, he and his brother David were proprietors of The Royal Wells Inn, on Mount Ephraim, until they sold it in 2002. The hotel’s bar inevitably became the number one watering hole in the town for the club’s players and supporters for many years.

An immensely social, fun, passionate and compassionate man, he will be hugely missed by his wife Mel, brother David, children Matt, Tim & Hannah and his five grandchildren Tom, Sam, Ollie, Maisie and George.

His family welcome anyone who knew Robbie to remember him at his funeral and help celebrate with them at the club afterwards. 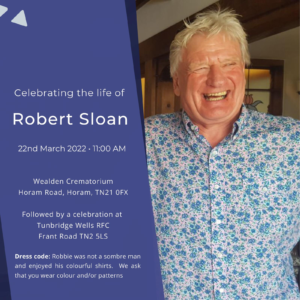