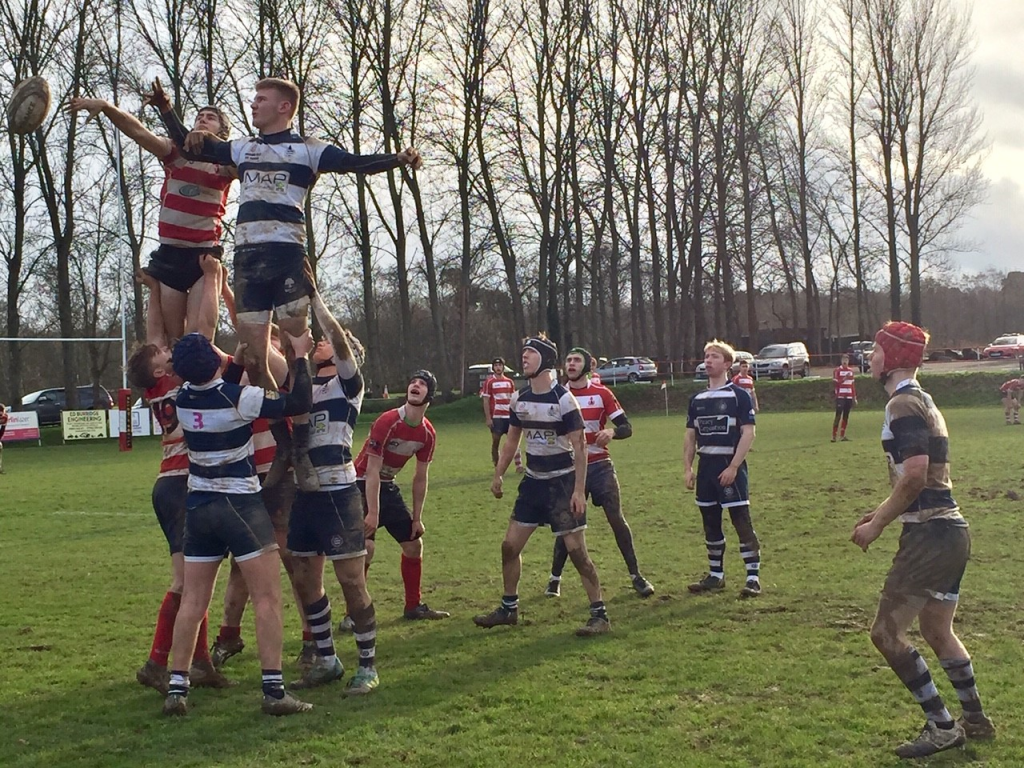 With only one competitive game this season, against Bethany School, the TWRFC Colts were keen to get some playing time under their belts with some tough Kent Cup games looming. Wells’ old friends Crowborough offered that opportunity, but with Crowborough sitting third in the Sussex Youth Championship, after some impressive early season wins, had Wells bitten more than they could chew?

Before kick-off both sides came together to remember Steve Davy who sadly passed away before Christmas. Steve and his family were well known to both clubs with his son having represented both sides over recent years and was playing on the day for Crowborough.

Wells started the stronger of the sides with a hard fought 20 mins with play switching between both sides. But, half way through the first half after a number of pick and goes on the 5 meter line Wells were awarded a penalty for offside by Crowborough. With the Wells scrum dominant they chose to scrummage, with a number 8 pickup from the base and an early pick and go the ball was driven over the try line by Will Hawksfield for his first try for the Colts. Ed Shepherdson converted to take the score to 0-7.

Crowborough mounted a counter attack and a period of sustained pressure saw them disrupt Wells at the breakdown. Wells rode the pressure well but eventually over committed to the breakdown on the 22 leaving gaps out wide which Crowborough spotted and ran in a try under the posts. With the conversion that followed saw the half end at 7-7.

For the second half Crowborough started the stronger of the two teams with them taking advantage of their experience having played together for a number of years. Some fantastic defence work was needed just to keep Crowborough out. With only a couple of minutes to go Wells were awarded a penalty on the 5 meter line under the posts. “Kick the points” was the cry from the touch line but with 13 forwards on the pitch they had other ideas and went for the push over try under the posts. It was a big shove and took some defending from Crowborough on their line. Wells scum-half Innis Woodhouse spotted an opportunity out wide and with a fabulous flat pass by Ed Shepherdson to Cameron Keys out wide, the try was scored in the corner with 30 seconds to go, final score 7-12.

This was a terrific effort from all concerned and the future for Tunbridge Wells Colts is looking good.