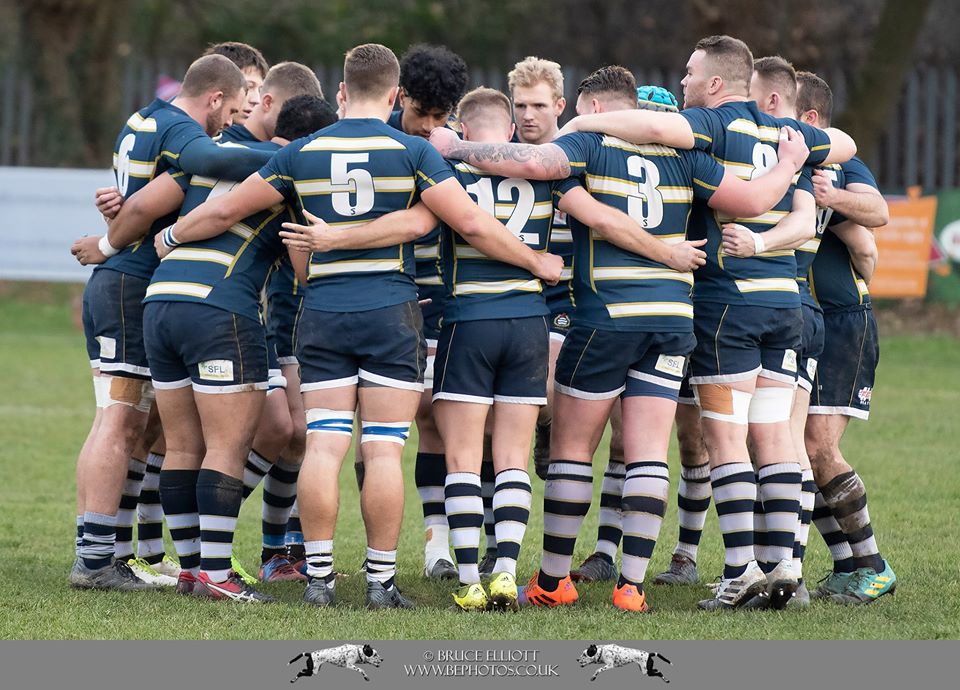 Wimbledon lost the chance to hold on to top spot following the postponement of our match. Indeed, they have now dropped to third three points off Guernsey on 58 (who had a comfortable 45-5 win over bottom-placed Guildford) and two behind Rochford Hundred who had a mighty tussle at a much-improved Brighton before coming out on top 16-19. Hertford remain 4th on 40 points after another close game that saw them beat Dorking 20-16 at home via a very late try, with Sevenoaks moving ahead of us into 5th after an even closer 7-6 win over Tring. This puts them on 35, we are on 34, followed by Sidcup who went down 34-17 at London Irish Wild Geese, providing the home team with a much-needed boost. Next week’s opponents Dorking are in 8th on 29 which means we need to come away with something from Surrey to be certain of a top half league position ahead of the festive break.

Tring are in 9th on 24 points with Bedford Athletic on 23 and CS Stags on 22 following what might prove a crucial 29-15 victory over the team one place above them. The pack is tightening behind with London Irish up to 20 now and then Brighton on 18. It is starting to look ominous, though, for Guildford who are ten points adrift at the bottom.

Our last game before Christmas at Dorking kicks off at 2pm.