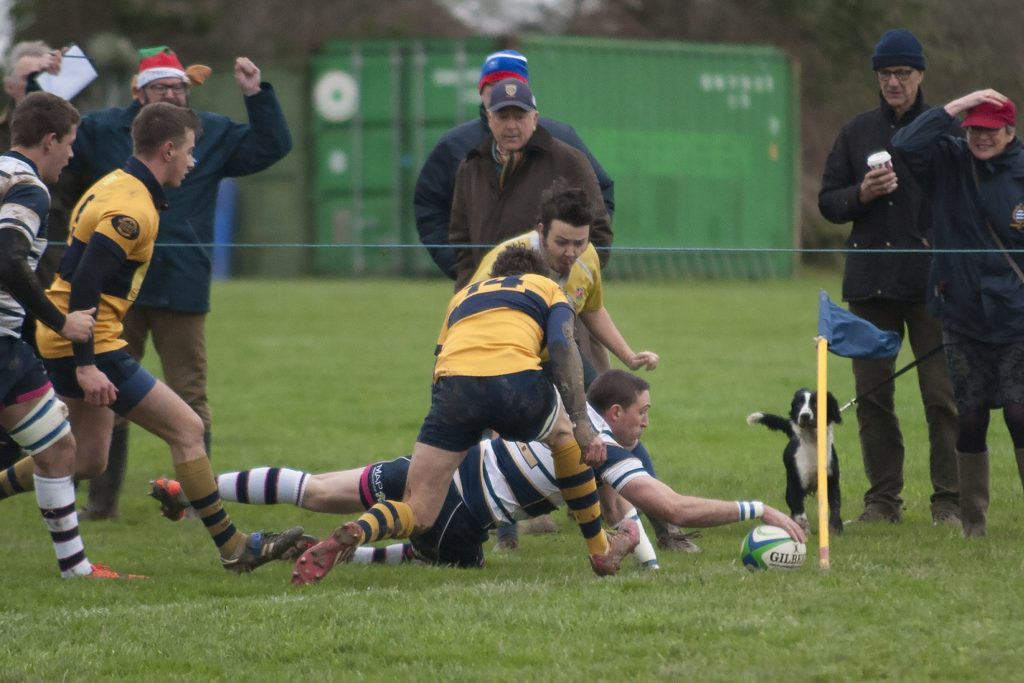 With the Rugby World Cup now over for 4 years (for me as a Welshman anyway!) minds (mine…) start to turn towards our first A21 Derby of the season with our friends from Sevenoaks next Saturday.

On Tuesday, I will be posting the report from that most recent home game in London One South just over three years ago (which was an arm wrestle to say the least) but first up is the London South East Division Two encounter from December 2015. Later in this campaign we were to deliver two outstanding performances at The Paddock on the ‘Road to Twickenham’ and the League/Cup Double. However, whilst most of us will well remember how close Matson came to ending the remarkable 100% record in the Intermediate Cup Semi-Final do you recall this game? This really was the closest anyone got to beating us…..

“Tunbridge Wells edged out Sevenoaks in a thriller at St Mark’s this afternoon, 11-6.

In a clash of the two unbeaten teams, a close match was expected and that was exactly what fans of both sides got in tough conditions. Ollie Allman’s two second-half penalties proved the difference as Wells battled back from 6-5 down at half-time to triumph.

The hosts’ defence was outstanding all afternoon, denying Sevenoaks time and time again. Oaks could have won it at the death, but an accidental offside, while camped on the Wells line, brought an end to proceedings.

Wells came flying out of the traps and were immediately on the attack. Full-back Hayden Pope knocked on at a crucial moment, while Ben Speer had a half chance after a brilliant charge down, before they scored the only try of the game on nine minutes.

Oaks conceded a penalty deep in their own territory, Wells kicked for touch and won good lineout ball. Charlie Harding, using all his National League experience, spotted space around the ruck, took the ball on the blindside and ran in unopposed. Defensively it was poor from the visitors. Allman lined up his conversion straight into the howling gale and like a boomerang the ball almost came straight back to him.

Oaks, to their credit, came storming back and had the lion’s share of territory without ever really threatening the Wells line. Nick Doherty and Christian Earle, to single out two, were defensively superb at the breakdown for Wells. However, Oaks took the lead into the break, Issac Winter expertly kicking two penalties following Wells infringements.

Two minutes before half-time Oaks were reduced to 14 men when Atino Vaihu, their dangerman in the middle of the park, was sent to the sin-bin for a dangerous challenge.

Wells tried a few mind games at the break, going back into the changing room and keeping Oaks waiting out on the pitch. While it didn’t necessarily work, they did start the second period well. Alex Maynard went on a marauding run before being stopped, and Wells had a great chance with men over, but James Lineham couldn’t release his pass, being smothered by a fine tackle.

They did find the scoreboard though, Allman putting Wells ahead 8-6 after Oaks were adjudged offside.

But the visitors came back again and they had a sniff when Will Thorpe intercepted a Chaz Spence pass, he offloaded to Winter, but the fly-half took too long to make a decision and was brought down once again.

Conditions were increasingly difficult, with both teams guilty of poor handling and giving away numerous penalties. On the hour, Allman, who had a fine game, played a lovely chip and chase, gathered but was blocked off the ground. A penalty was given and Allman dusted himself off to knock over three more crucial points.

The final quarter was all Sevenoaks and they tried desperately to preserve their unbeaten record. They kept knocking on the Wells door but it was impregnable. With seconds to go they found themselves within touching distance of the line, but Dan Power was penalised for an accidental offside, Wells kicked to touch and the game was over. There really was that much to choose between the two sides.