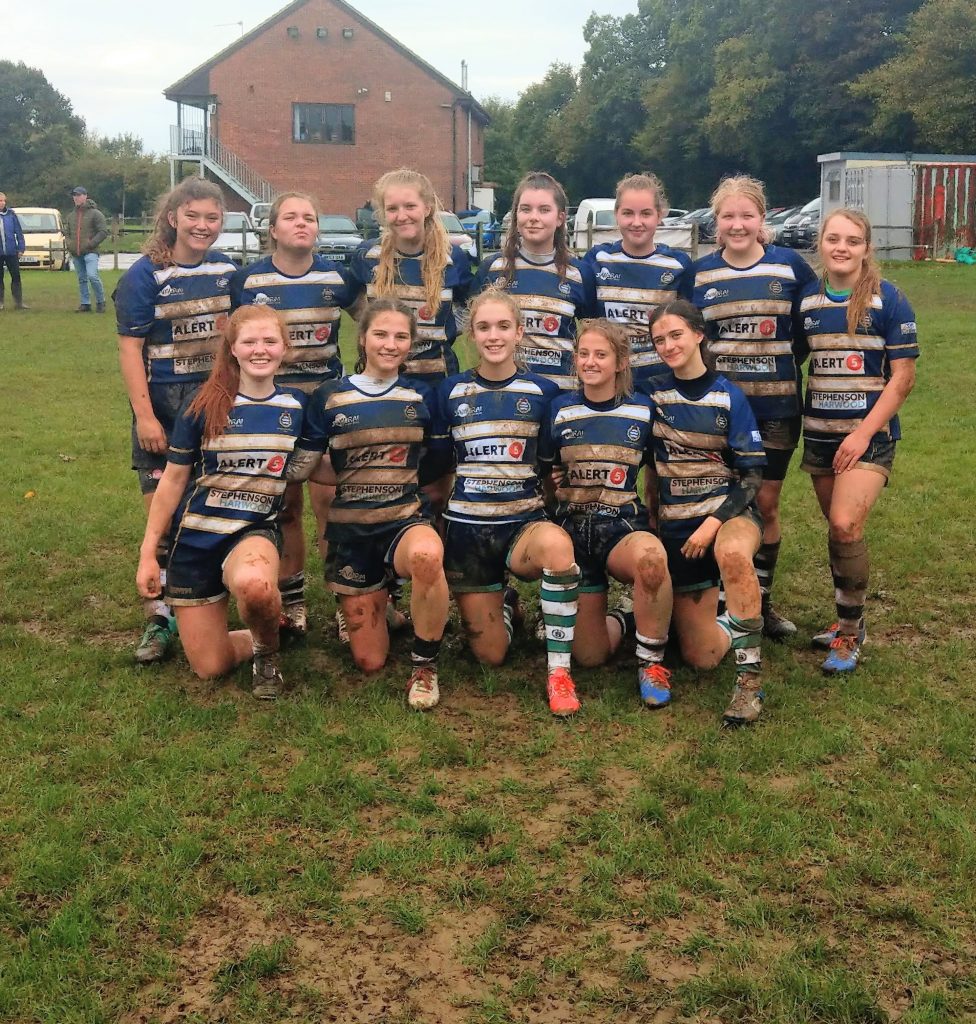 The U18s girls travelled to Priestfields for their first cup match of the season against Medway and they travelled with only 17 out of the possible 23 players due to injuries.

However from the start the 17 took control themselves, led by Sally Williams who was captain for the day. With their coach delayed they started the warm up themselves and clearly identified areas of skill to correct and work on. The levels of commitment and ownership carried through the whole day. Head Coach Paul said “It was brilliant to see and hear the girls self-analyse and identify areas to correct during the game. For me the biggest positive of the day.”

From the start the defence from Medway was strong and a few early overlaps went unused but eventually the ball got to the wing and Phoebe Leach went over for a try in the corner and that score set the scene for the rest of the game, good forward play with backs running onto the ball.

Both teams put up a strong defence but TWRFC scored four tries through the forwards with Sally Williams and Millie Rabbit having a brace each, the outside backs not to be outdone scored five with three to Catherine Davis, one to Jemma-Jo Likins who also converted six and of course the first try mentioned from Phoebe Leach.

During the week the squad had worked on ‘exits’ from a restart and they put this to great use allowing them to play rugby in Medway’s half, put pressure on them and ultimately score. There were chip and catches, inside passes, ‘fast hands’, some big tackles, some great turn overs and some great support play.

The game highlighted things to work on, rucks and clearing out the ball, identifying overlaps and listening to our wingers as they saw these overlaps, line outs etc. These will be the focus of training sessions in the coming weeks which should give the squad a massive lift through the season.

Special mention to Alice Atkins who, having been away for a while, did not show any rustiness during the game, nearly scored off her first touch and was always looking to keep the ball alive.

Well done all, things to work on but an excellent cup result.

The results are in! Great to see people taking part - watch out for future events

A 5k run/walk with kudos being taking part as part of the club and just getting out there!

If you want to join us please go to: https://www.strava.com/clubs/twrfc