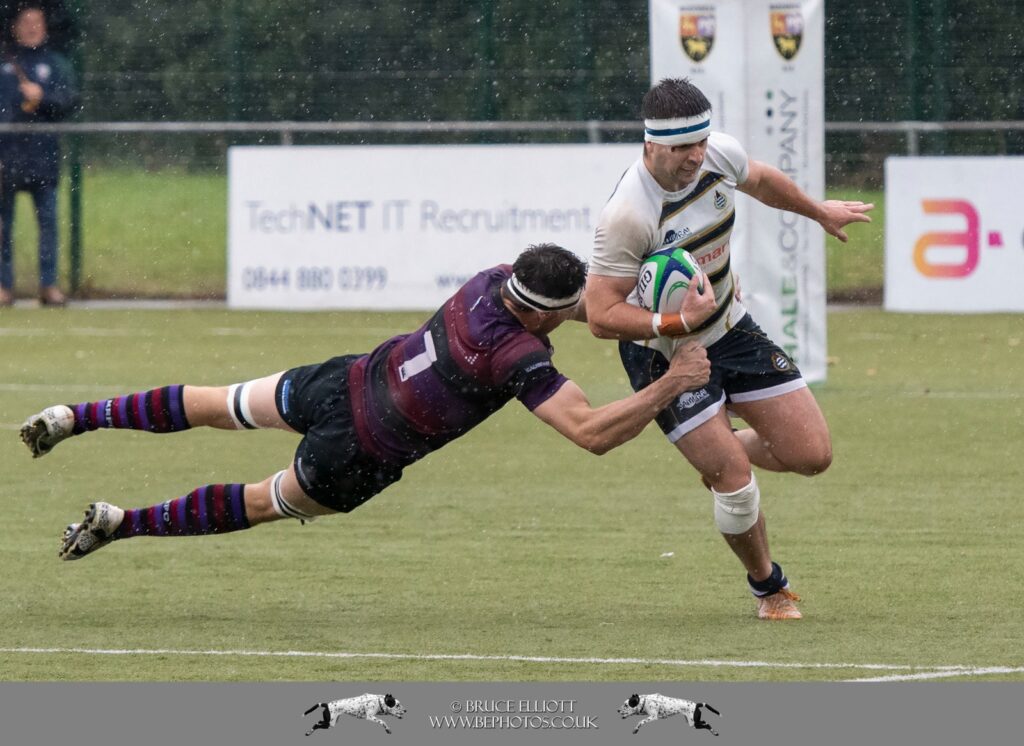 Tunbridge Wells kicked off with the wind at their backs but were 3 nil down after three minutes when a penalty for offside was converted by the Maidenhead full back, Ed Keohane.  The Wells scrum was under pressure in the first half against a bigger and heavier pack and lived off scraps of possession for the first ten minutes, but the line out functioned well and provided a source of reliable ball.  A good move down the wing following a line out produced a clever chip over by Ben Day resulting in the Wells full back, Toby Wallace, putting the ball down between the posts.  Ben Day’s conversion gave Wells the lead, 3 – 7, on the quarter hour.

Tunbridge Wells became more aggressive as the half progressed and produced some exciting play but were penalised for offside which Maidenhead successfully converted, 6 – 7.  There followed a period of scrappy play by both sides which could be explained by the strong wind and rain preventing accurate handling but Tunbridge Wells were successful with a penalty with the last kick of the half seeing them turn round at 6 – 10.

The second half continued in the same vein with the ball being moved from end to end without any obvious pattern of play by either side.  On the hour though Maidenhead scored the decisive try following an aimless Tunbridge Wells kick.  The try was converted giving Maidenhead a 13 – 10 lead. Following a couple of forward replacements by Maidenhead the Tunbridge Wells scrum started to get on top.  Wells pressured the Maidenhead line with a sequence on scrums but were penalised for straying offside on 78 minutes.  A successful penalty kick for Maidenhead produced the final score, 16 -10.

This Saturday is a league rest week and Wells return to action at St Mark’s on 16 October for a match against Sutton and Epsom. MAN OF THE MATCH AWARDS