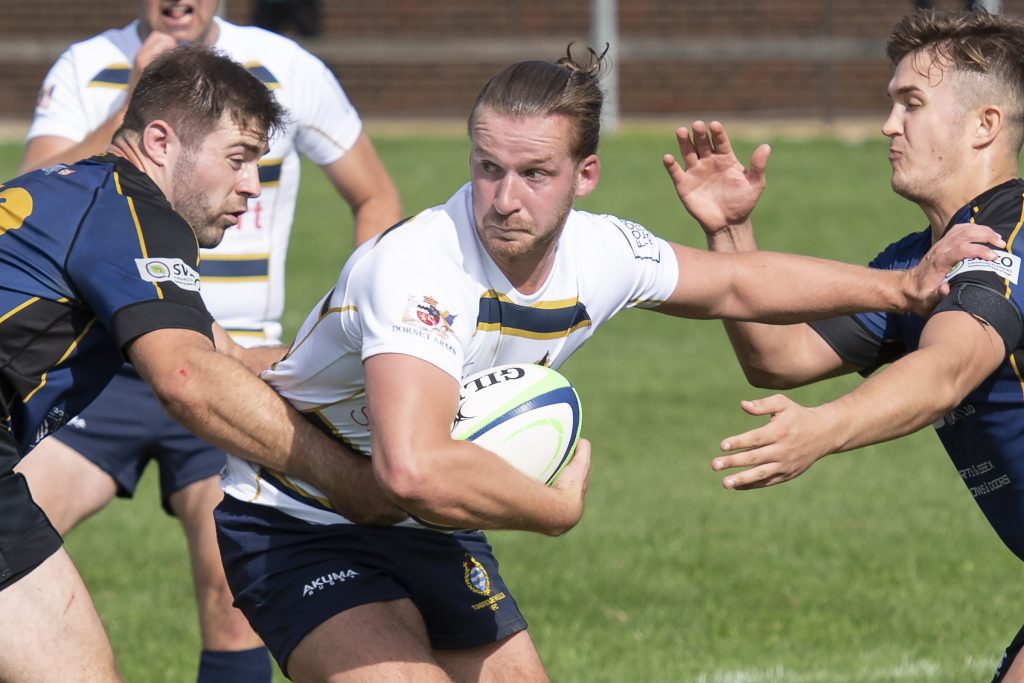 Hertford’s first home match of the new season was well-attended and kicked off in bright weather conditions following a minute’s silence to mark the death of the late Queen Elizabeth II.

Tunbridge Wells kicked off and immediately pressured the Hertford line, which was breached after just 5 minutes when Ben Mutch touched down off the back of a maul to the left of the posts. The conversion was kicked by George Montgomery (0-7). The next 15 minutes saw both teams running the ball and probing each other’s defence, and at one point Hertford charged down a kick which resulted in a scrum inside the Tunbridge Wells 22 which was successfully defended. Tunbridge Wells also conceded a penalty for not releasing, but the kick was missed.

Almost immediately Tunbridge Wells moved the ball back up-field and scrum-half Finlay White touched down to the right of the posts for an unconverted try (0-12). Hertford redoubled their efforts to get back into the match and an aerial contest for the ball was judged illegal and resulted in a yellow card for Tunbridge Wells wing Max Hobbs. A few minutes later Hertford worked the ball from right to left and their loose-head prop Luke Stack touched down for an unconverted try (5-12). In a frantic last 5 minutes of the half, Hertford conceded a penalty converted by George Montgomery (5-15) but then almost immediately Hertford responded with a breakaway try wide on the right through their No 8 Steff Jones. The conversion was missed, and the first half ended at 10-15 to Tunbridge Wells.

The second half opened with a period of Hertford pressure on the Tunbridge Wells line but a Hertford knock-on in the 22 followed by a Hertford offside at a line-out on the 5m line enabled the pressure to be relieved. Tunbridge Wells moved the ball up-field and 10 minutes into the half worked it from right to left where No 8 Nick Doherty scored a try converted by George Montgomery (10-22). Two minutes later Doherty broke up field and Hertford conceded a penalty for holding on, which Montgomery duly kicked (10-25).

“I’m absolutely delighted for the boys today, this performance has been coming for some time and to see us dominate a tough team like Hertford for the full 80 minutes was special.” Said 1XV Coach Chas Spence. “We were disappointed after last week as we knew we left so many chances out there. We asked the players for a reaction this week and they gave us that and more.”

An entertaining match ended with Tunbridge Wells deserved winners and securing their first victory of the season.

Tunbridge Wells’ next match is at St Marks on Saturday 17 September against CS Stags 1863, kick-off 3.00pm.