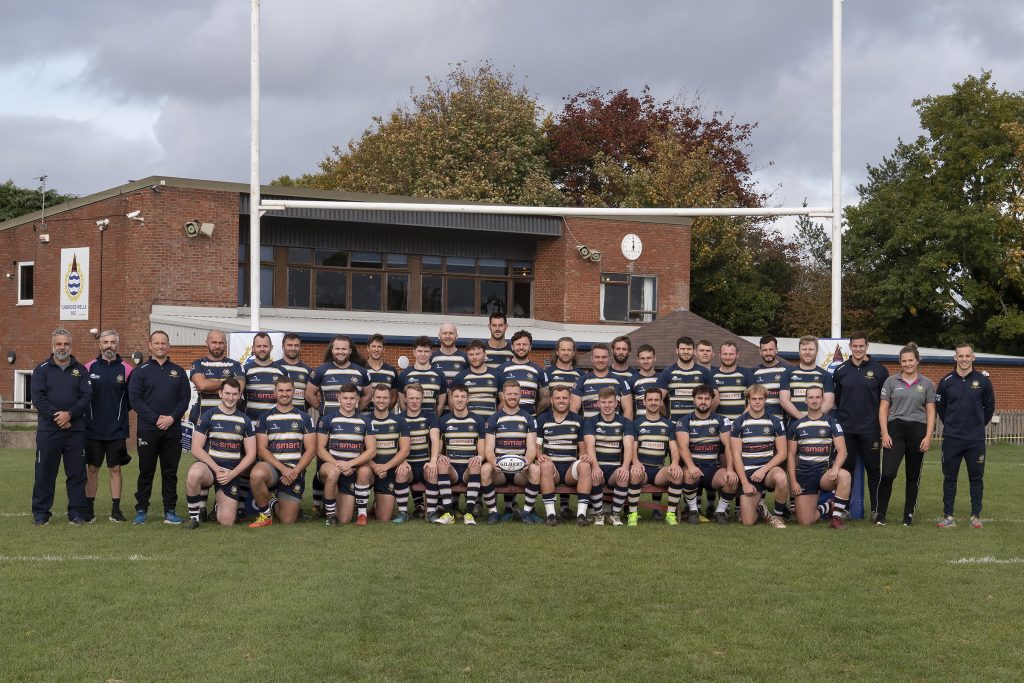 This fixture completed the first half of the season whereby Bedford had only lost 1 previous home game and Tunbridge Wells could claim to having only conceded 79 points away from home all season – this was going to be a close game. Playing on an artificial grass pitch under lights is a great home advantage and leads to a game played at pace and we weren’t disappointed.

Tunbridge Wells started very well and took the game to Bedford in the opening exchanges and a loose clearance kick from Bedford found Mike Doherty on half way who scythed through the first line of defence and angled back towards the touchline to outpace the remaining defence. George Montgomery converting to make it 0-7.

Bedford were playing an open game and much of the first half saw multiple phases before Tunbridge Wells forced handling errors by patient but aggressive defence, especially in the 10-12-13 channels. It was from a TW scrum on the 40 metre line that was won but was deemed to have been collapsed to give Beford their first points of the game from a goal penalty. TW bounced back and after 3 or 4 good phases out to the right, recycled and taken wide with the extra hands of Brockman putting Mylo Vanner-Mackew in at the left corner – conversion narrowly missed but extended the lead to 3-12 which was taken to half time. Josh Brockman had to retire with an ankle injury and was replaced by Tom Waghorne. Matt Spicer was yellow carded for a side entry at a maul.

The second half saw TW again start well but a little inaccuracy saw mistakes at line out and breakdown and there were no further rewards. Bedford launched a sustained period of attack and TW defence was tested for c15 minutes and just holding out by a couple of strong ‘last ditch’ tackles by the back row and centres. It didn’t seem long with Matt back from the yellow card before Jono Hinton was carded for a high tackle. TW had some injuries and the team shuffled around (Ben Day and Stu Nicholls coming off the bench) but managed to keep their shape to create 2 half chances which were ended by crossing and a knock on wide out on the right wing following a kick into space. Bedford finally managed to cross the line on c70 minutes after multiple phases, this was duly converted to make the score 10-12. The last 10 minutes was a tight affair and neither side took a backward step and the home crowd were expecting the victory. Into the last minute of the game saw a TW knock on 40 metres from the line and the scrummage was to be the last play. A fantastic scrum from the tight 5 saw the Bedford front row stand up and the penalty, along with game, went to TW.

Both sides wanted to play rugby and on a different day the score could have been many more points across the board. It is most certainly a different game on an AGP and this should be good preparation for the second half of the season where we travel to the other opponents with a similar set up.

At the halfway point we remain in 4th place and with a closely fought league no game can be taken for granted.