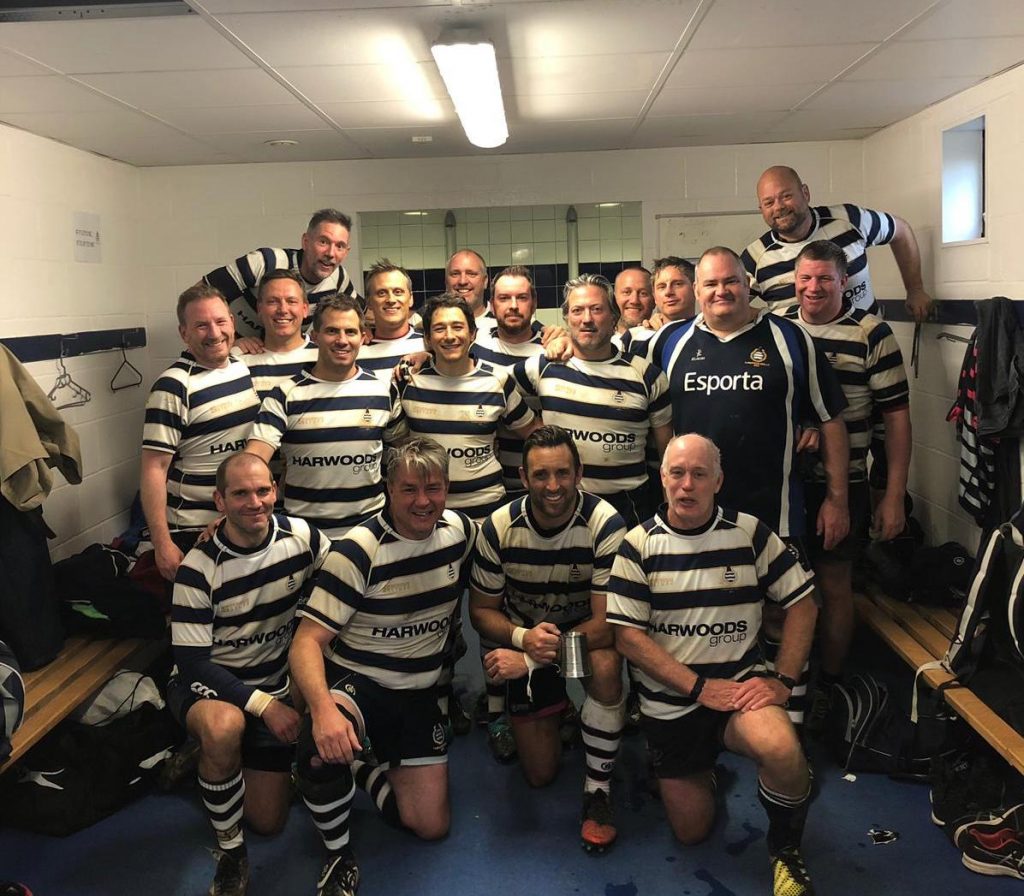 With New Ash Green, Orpington and Vigo drawn in the league phase of the vets cup the vets were keen to get off to a winning start, and put the disappointment of last season behind them, with a friendly against Maidstone. It’s a crying shame then that nobody explained what the word ‘friendly’ means- to that hairy brutish jock, Mac the strife- or we might have ended the match with 15 on the pitch…and he wouldn’t have had to slink back to the clubhouse in disgrace, his bruised knuckles dragging along the ground. And all this after only 3 minutes of game time. Fortunately for him the red was renegotiated to yellow post match, thanks to the leniency of the ref, the sweetness of ale and the grace of the opposition 6 who, in fairness, was not exactly lily-white where the throwing of punches was concerned.

It also proved a low brow afternoon for Rainbow Rob Harrison who has clearly taken against agricultural pursuits during the summer break (perhaps a farmer turned him down?) and who therefore spent the entire game moaning at team mates who dropped the ball to ’stop shovelling shit’ His mood somewhat improved when he scored and by the end of the match, thank goodness, he seemed to have entirely gotten over his aversion to the passing on effluence. He was joined in his try scoring endeavour by the mercurial Beamo, the greedy Jake (who bagged two), Mr Charles Sleightholme, whose boot served us well all afternoon, and our very own Bilbo Baggins, Mr. Azurdia; standing in for Milo as team midget whilst the latter hitched a ride in Roger Clarke’s pocket to watch the ones play in Guernsey.

Up front Father Ed was back in action after a lengthy lay out. He not only lasted an entire half, leaning against the opposition scrum and causing huge problems simply by virtue of his weight, but also produced a perfect offload – picked up by a marauding Si Parsons which then led to a score. Prop Power! They were assisted in the front row by ten minute Tim McCabe, whose impromptu speeches stirred our souls, and the Methuselah of rugby old man Maynard. Nick Baldock was happy to add to this gorgeous assortment of bulk and heft so it was fortunate that a highly skilled back row of the ever niggardly Tiggy, the awkwardly lumpy Craney, the undeniably heroic yellowman and ever steady Zak, linking up with Rob, were on hand to make it to the break downs. Joking aside some of the link up play in the forwards was first rate with Craney’s impressive ball carrying leading him to be nominated as man of the match.

Not that the girlie backs were shirking. They ran some fabulous lines all afternoon keeping cool heads when playing under pressure. Nick Derbyshire and Charlie Hacker combined well in the centres and barely missed a tackle. Beamo marshalled them well from the back. Jake was a menace with the ball all afternoon ensuring the cocky reputation of scrum halves remains in tact. Steve Daley (happy birthday) and Andy Cunningham were reliable when called on and a great debut from Tim Mole ensured all left the field with heads held high. Indeed it was a great first game against an experience and decent Maidstone side. Bring on the tournament.

Finally a mention to the ref- our very own Croker. He not only red carded one of his own but ensured we knew the new rules by pinging us for every high tackle and every backchat. Not an easy task against the gabbiest of old boys. And so we all trooped back to the bar for a well earned chilli con carne and an excellent game of beer pong. The highlights of which were watching Pengelly taken apart with alcohol. And the suggestion that Mac should get but three grains of rice and a teaspoon of chilli to reflect the amount of work he did on the pitch! Good game, good guys, good banter, good beer pong session. Another good season is brewing for the vets….