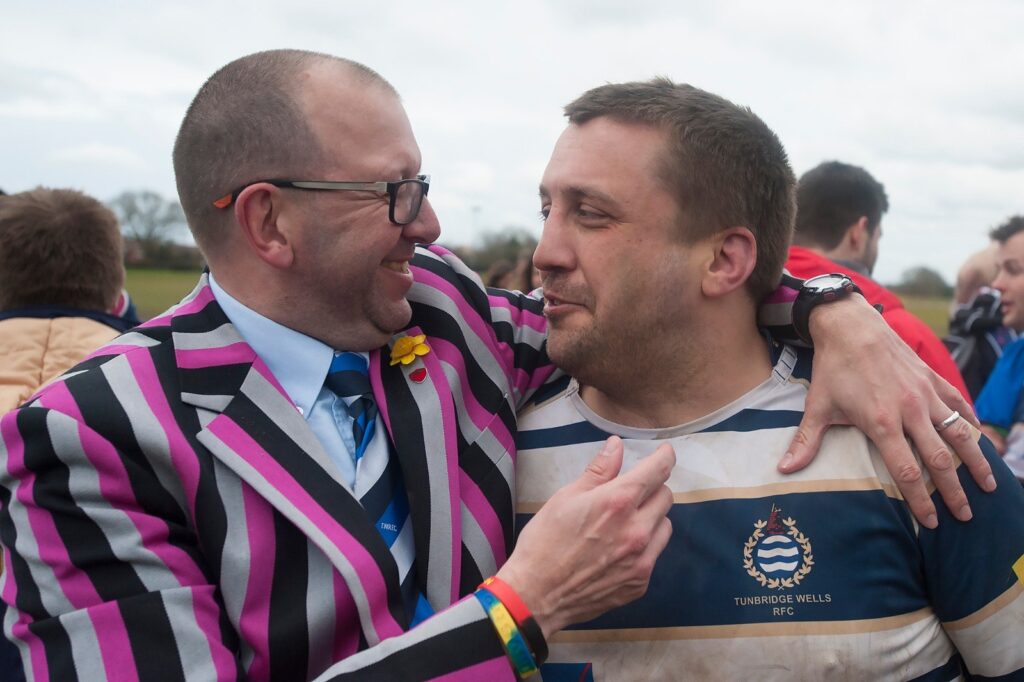 Each is well known within the club, but how well do you actually know them? I have had the chance to speak to each and over the next day or two I shall be sharing a little more of their respective rugby histories.

Vice-Presidency remains one of our club’s greatest honours and you can now all get yourselves along to Simmonds and purchase your striking VP Blazers ……..as modelled by my good self in the attached photo with new VP Tim Collins after that amazing Matson 2016 Intermediate Cup semi-final win 🙂

The shop is open every Sunday on the decking outside the cafe.

The weather forecast looks kinder this week! We'd love to see you there.

The 1st XV & 3rd XV are both away this Saturday. Sunday sees a number of home fixtures...