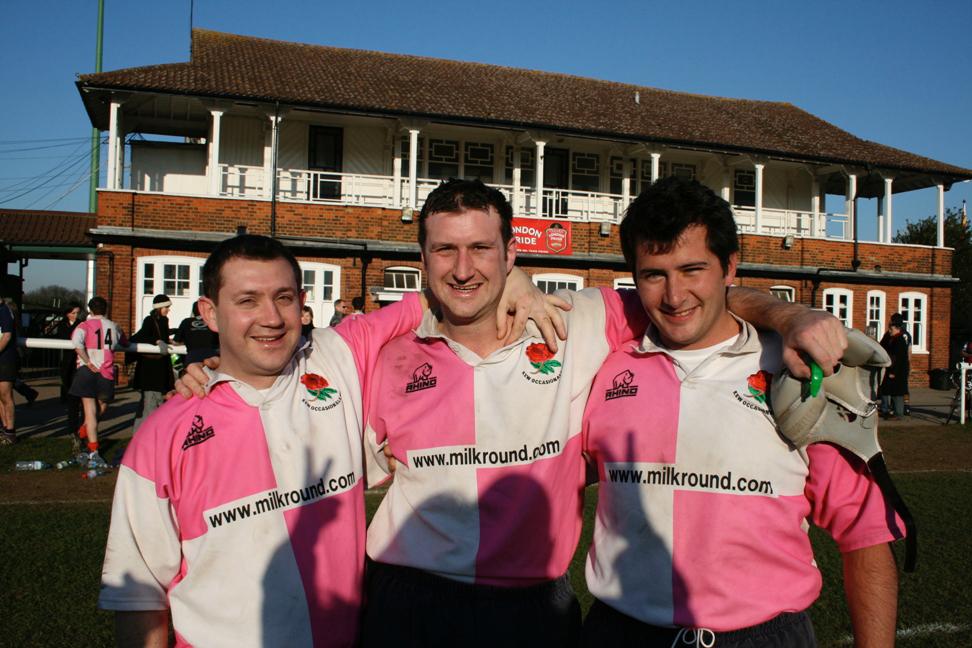 “I started playing at TWRFC when I was 4 and have fond memories of the old clubhouse.

My family have, of course, been very involved for a long time. Dad, Chris, was social secretary for many years and often held “infamous” youth discos. Brother Rich played for the club from minis to seniors , sister Rachel was one of the very first girl players at the club and brother-in -law Steve is a player, coach and a past social secretary too. As a family we have also been delighted to have linked up with the family business and as ID&C grew so did our contribution to the club – from sponsorship of scrummaging machines to providing wristbands and ticketing for club events.

I am delighted that I am still friends with guys I played with throughout the minis and beyond which shows the strength of bonds TWRFC and rugby as a whole can provide. Mostly ended up playing social rugby after discovering I was better at the off-pitch activities than the on-pitch ones. Played a few games for the 4’s as I got older and a horrendous memory playing for the 2’s and getting thumped 95-0. Very occasional run out for the vets which I keep threatening to repeat despite officially retiring 2 years ago. Pretty sure I’m unique in rugby having once played a half on the wing followed by a half at prop………..modern wingers physique has changed.

Now I am a coach for the U12’s having started with my son at U6’s and am looking forward to giving back to the club and community as much as I can.

One of my favourite photos attached when I played a game with both my brother and brother-in-law for The Kew Occasionals RFC. Rare instances when you get an opportunity like this and it was pure, brilliant fun.”