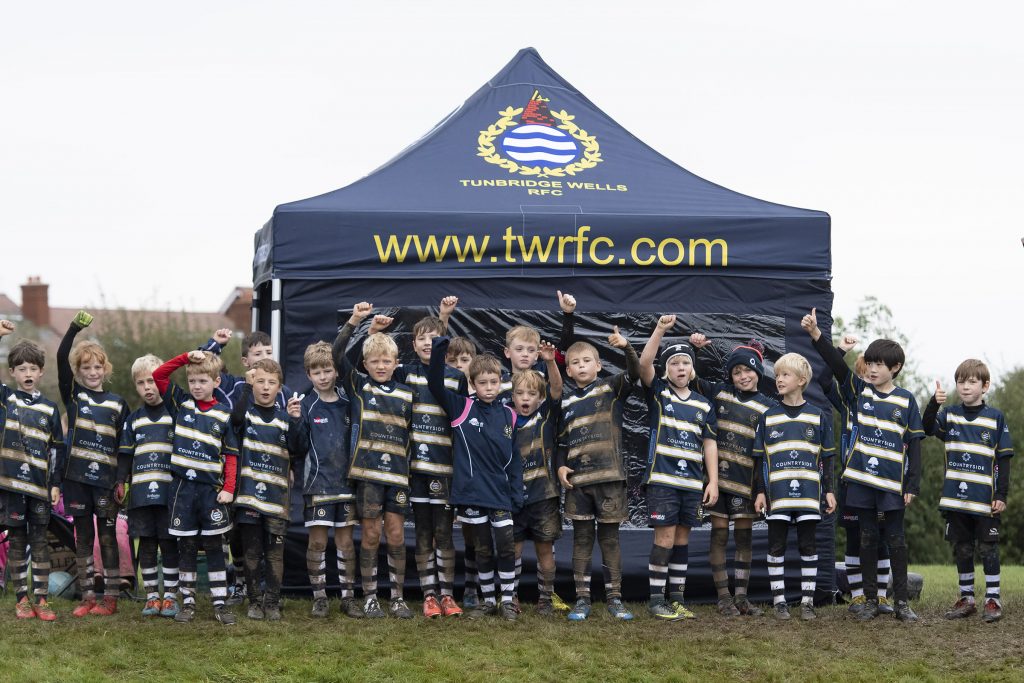 Despite the rivalry, the competitive spirit, the gut and determination showed by the players, they all shook hands afterwards and parted as friends in rugby

Over 850 players enjoyed their experience, playing to the best of their ability, striving to deliver the best they could.

There were teams in attendance with insufficient numbers to make a complete squad, but they still got to play games.  Teams were created from multiple clubs to create a barbarian squad, where the players demonstrate the ultimate level of sportsmanship and put aside their club allegiances to ensure everyone can play.

Across the age groups rugby was played, children had fun and parents cheered.

The Festival, sponsored by NFU Mutual, was the first mass run out for the new team kit and some of our sponsors from Countryside, Bethany and HR Revolution were able to come alone and watch some great rugby.

The Under 8’s got together virtually to catch up and play a scavenger hunt.

This year is a major milestone for one of out 1XV sponsors @TekSeating who have been operating for 50 year this year.

Find out more about TEK Seating services at: