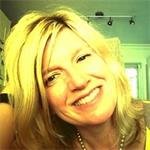 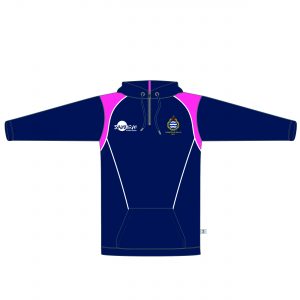 I’m Michelle Greenall. Club Secretary, first team admin person, Saturday gate and lunch  organiser and purchaser of stash. And I’m in a new relationship.  The club has changed kit supplier and I’m tentatively getting to know my new “partner”. We are in a very pleasant honeymoon period and I’m getting lots of attention and being showered with samples of lovely new kit (which will be available to buy very soon in our on-line shop).  The new kit really is cool and the males in my house get very excited by it all.  To the wives and mothers out there it’s just more rugby stuff and surely they’ve all got enough now.  But there’s never enough stash is there boys?

When I took over ordering the club kit in 2016 my partner had been chosen by someone else. Then that someone else decided that he needed to spend more time with his own real family and I was asked to step in. It was like an arranged marriage. I felt like I pulled back the covers and lay down in someone else’s warm spot. I waited to see who would make the first move. But it turns out that Kit Supplier doesn’t make a move. Kit Supplier has zero moves. Kit Supplier tells you that if you want anything from him you need to put it in writing and wait for 12-14 weeks. He was nice enough, he called me back when I left a message, he answered my questions with just the slightest hint of derision but there would be no kit for 3 months. I learned very quickly that although generally in life there are good and bad days, sunshine and rain, in the club/kit supplier relationship the club have all the bad days and the kit supplier takes the cash. The kit arrived that season but some of it didn’t turn up till Christmas. I stood in the shop every Sunday telling people that it was a good thing there were no wet tops in November because then little Jonny would really appreciate it when Santa brought him one for Christmas. Wherever I went random strangers would ask me if I had any socks in the shop yet and my children would laugh at them and say “soon”.

Year 2 came. The gift of choice for a first anniversary is paper and I was swamped in that. Everyone needed new shirts so that was 12 lots for the youth section and oh by the way, can you also order the on and off field kit for the seniors too? Plus the stock items for the shop; that was a whole lot of kit. I was absolutely up to the task. No problemo. I learned a whole new language. I learned about DST files for embroidery and the colour run info that goes with it. I learned about pantones and EPS files and sublimated fabrics. I got to the stage where I could look at someone’s hoodie and know whether the logo was the right euro gold or not. Lots of them weren’t but that’s all to do with the factory apparently. Obviously it can’t be Kit Supplier’s fault. Refer back to sunshine and rain in the paragraph above. The kit arrived and it arrived pretty much on time. Boxes and boxes of the stuff filled my house. My husband lost his sense of humour and we lost sight of our floor. I was ridiculously happy and told every head coach that would listen that I had his shirts all ready to give out on the first weekend of the season. I spent an absolute fortune and the Treasurer went mental. 18 months on he’s still talking about the amount of money we gave Kit Supplier last season. It doesn’t matter that every age group had a sponsor and the parents all contributed. We still spent thousands on kit and the accountant hates the sight of those big numbers on his balance sheet.

While I was wading through boxes the first team had had a pretty good year. They got themselves promoted to the National Leagues and picked up a shiny new coaching team. The shiny new coaches had been in a relationship with another kit supplier and they really wanted me to join the party. I had just got used to the old one and the treasurer had almost stopped mentioning the bills. Why would I want the pain of a messy divorce? How would I tell them it was over? I agreed to meet with new Kit Supplier. A first date – just a coffee, with a chaperone. New Kit Supplier sent a representative who was very young but keen. Nothing was too much trouble though and I warmed to his enthusiasm. I asked to meet the MD of the company and he swept in with the presence of Anthony Joshua and a handshake to match. It was like meeting the new in-laws and finding out that you were marrying into rugby royalty. The list of other wives in the harem was impressive and MD told me that there was a place for me if I wanted it. So I’m starting again with a new Kit Supplier. My own personal second marriage. Just about to sign the pre-nup and promise to faithfully buy everything from them for the next three years. I will honour them with timely orders and obey the rules of the contract. I will spend hours working out quantities and sizing and approving new designs. At the end of the day nobody really cares where it comes from. As long as they’ve got the stash I’ll be seated on the top table, I’ll get the cake and the sugared almonds and the Chairman will thank me in all his speeches. If I get it wrong there’s a get out clause after 12 months and I’ll have to start the whole process all over again.
Is there an app for that?