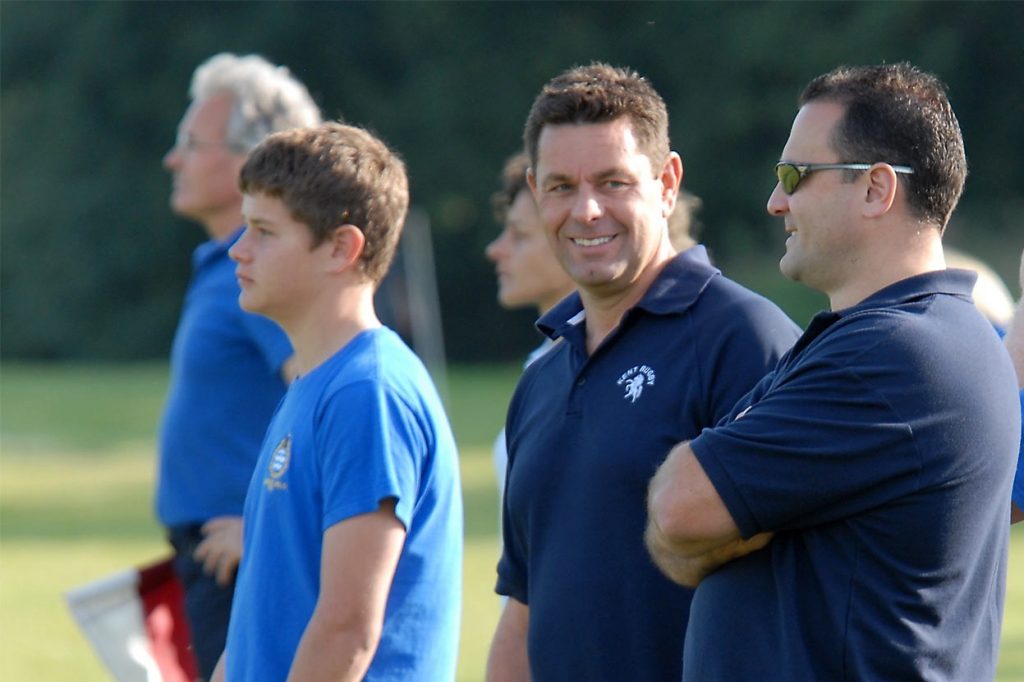 One of the best things about taking on the role of Press Officer on my return to the club was a sense that I could still be close to any interesting club news, important developments on the playing front and the key decisions made by club management but without having to put in the hard yards that the Board members have to commit to. Usually, unless the seniors have had a (very rare) bad day at the office, match reporting is an exercise I enjoy, and most of the other news I am asked to report for the website, or to send to local press, is overwhelmingly positive in nature.

However, just occasionally I am privy to news that makes me shed a metaphorical tear…… and so it was last Thursday when I was asked to include a note on the departure of a player when I next do a write up. That the player is, quite simply, one of the very best to have worn the Wells shirt in our club’s 90 years, to my mind demanded more than just a cursory note in an article. I was, therefore, very grateful when Mike Hathaway agreed to my request for a “de-brief” even if it had to be at a very social distance, somewhat fitting for a man who (when not making turnovers, thumping tackles, or carrying the ball fiercely into the heart of opposing teams) is a front-line worker in his role as a clinical lead respiratory physiotherapist within the  Maidstone NHS Trust. It is typical of the 27 year-old that whilst he did not want a fuss, he trusted me enough to say “yes”.

In making the 9 1/2 mile journey from St Marks to the Tonbridge Juddians ground at The Slade for next season, he will be following in the path tread by what I make to be 9 players who had previously plied their trade with the Wells in the past 10 years or so. If there are any additions to the list of Will Thorpe, Charlie Harding, Dan Bettice, Peter Binham, Luke Giles, James Gwinnett, Jon McMahon, Toby May and Murray Galbraith-Lowe then do feel free to let me know? What these players did not do at the time, though, was move up from Level Five rugby to test themselves at the heights of Level Three and National League One,which is the challenge facing Mike.

My questions were not designed to be testing or tricky. They were simply intended as an opportunity for him, and us as a club, to reflect on the 21 years (so far…..) he has spent playing at St Marks.

Lets start with your Rugby CV?

I first started playing rugby in the minis at Tunbridge Wells in the Under 6s. Both my brother (Tom, also a former First XV player) and dad (former player and Head Coach Paul) were playing and I wanted a taste. I then played at the club from Under 6s right through to Under 17s. I represented Kent from Under 13-16s and was also very proud to have been a First XV player at Skinners School.

Ongoing shoulder injuries meant that I did not play rugby whilst I was at university, but this gap also renewed my passion for the game and I have been thrilled to play First XV rugby for the Wells during the last 5 seasons. I have also been a member of the Kent County squad for the last three years.

Who are your biggest rugby influences?
As a flanker, I used to love watching players like Lewis Moody and Richard Hill. They had no respect for their bodies and did the hard work but I can’t say they really influenced me. I know it sounds corny but the biggest influence has to be my old man. He coached me from a young age as a junior and then into the Colts at St Marks. My mum will testify that we certainly didn’t always see eye to eye as a coach and player but hindsight is a wonderful thing and he is one of the best coaches that I’ve worked with. He certainly instilled the key basic skill sets, encouraged me to be a ‘heads up’ rugby player and showed the importance of having a good knowledge of game. He still watches now and I always value his opinion and perspective.

I think I have to also give a huge amount of credit to Si Whatling (our current Head Coach), as well as Dave Allen and Aston Croall over the last couple of seasons. They added a huge amount to my game, pushed my physicality and skills. They instilled a sense of confidence in my own game and re-emphasised the importance of a good work ethic. All coaches have different ways of going about their business, but these three have all been brilliant at bringing out the best in players. I have thoroughly enjoyed my time with them as a player and will miss that environment. I have to give those guys a huge amount of credit and couldn’t value their input enough.

Who are the best players you have played against……and with?

Against: Elliot Daly whilst he was at WhitGift School – ridiculously quick and brilliant footwork.
With: Harry Sloan (ex Skinners, England Under 20s, Harlequins and now at Ealing in the Championship). He is a big and physical centre yet has so much time on the ball. At Wells it’s Nick Doherty – that boy can do some outrageous things and it has been brilliant playing with him from school rugby to seniors at the club. It’s safe to say I’ll miss packing down with him for sure.

What are your favourite moments/best memories…so far?

The Twickenham year and Intermediate Cup Final are obviously up there. However, for me the 100 minute game against Chingford for promotion to Level 5 was amazing. Final whistle went and I burst into tears; I was both exhausted and relieved! Even more so as I had been playing injured since Christmas. In one sense I was glad it was over, but also thrilled that we had the win and the promotion after our collective hard work.

And why the move? Why now?

I hope to earn regular First XV rugby at TJs and just try and see if I can compete at that level. To be honest, I have been thinking about playing higher for the last few seasons but have enjoyed playing with this close group of players and with such a great coaching set up. I couldn’t justify making the move until now but I feel that I am at the stage where I want to test myself further and see how high I can play. Having been selected for Kent the last 3 seasons, I have had a small taste of both playing with and against players at level 3 and 4. National One will be a big step up again, but I didn’t feel out of place in the county set up and want to see what I can achieve. There had been interest in recruiting me for a few seasons and with their finally securing promotion, I felt it was too good an opportunity to turn down. Let’s hope I can force my way in for selection.

Having grown up playing at the club from Under 6s and having had a lot of success in the 1st XV over the last 5 season it was a tough decision to move, and not one taken lightly. The close knit player group and strong community atmosphere at club will be sorely missed. I have had great experiences on and off the pitch and certainly hope to finish my playing days back at St Marks. However, there are times when you need to push the boat out, roll the dice and and keep challenging yourself, so let’s see what happens.

Who knows when rugby will begin again, but I, for one, intend  the occasional visit to The Slade to support Mike in his future endeavours. He leaves the club as one of the most influential players in recent times (as recognised by his collecting the Anthony Clarke Memorial Award, a Player’s Player trophy and two “Player of the Year” accolades). These have all been thoroughly deserved. TJs are gaining a  passionate and fierce competitor, which when coupled with his unquestioned skill levels will no doubt prove a great asset as they look to make their mark in National One.

I started by saying that this news made me sad when I heard it, and it did. However, this sadness was fleeting. It was quickly replaced by an immense sense of pride and of privilege in having been fortunate enough watch him play such a pivotal role for our club as his Chairman, a supporter, a match reporter and a friend. If you cut Mike open (and this has happened on a fair few occasions in the line of rugby duty!) he would bleed TW blue and I am sure we all wish him the very best of rugby fortune in the years ahead…..Don’t you dare become a stranger maestro.

7 responses to “Off to pastures new….and with our thanks for all you have given……..”