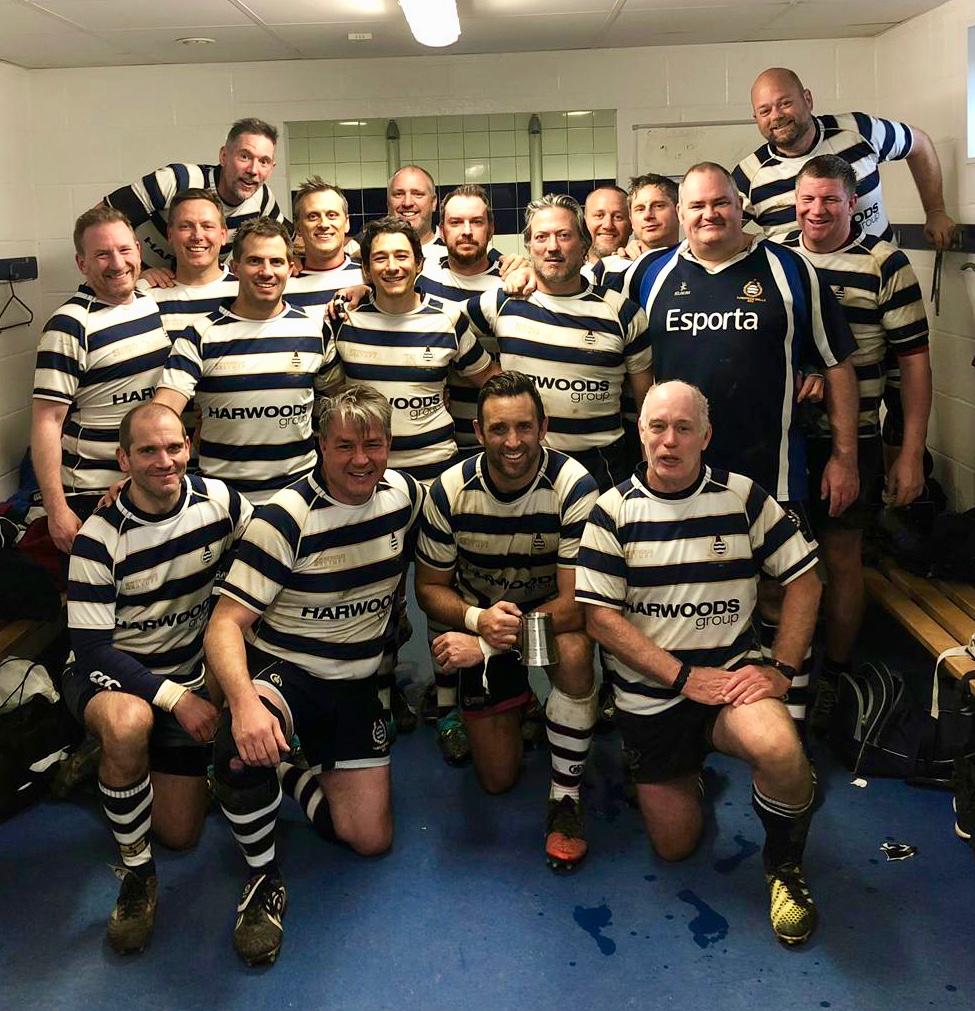 “My Dad said, “you’d better come outside and I’ll throw you a rugby ball in the garden as you’ll be playing rugby at your new school”.

Up until that time I was just a footballer.

I joined The Skinners’ School in September 1981, and played my first training game at their Southfields pitches.

I wasn’t entirely sure what I was supposed to do, but a bit like ‘Forest Gump’ (with a quarter of the pace), I found myself with the ball.

I ran forward knocking over everything and anyone in my way. I placed the ball down and scored a try. Ian Bradbury, my Welsh form teacher and rugby enthusiast said, “you are a Hooker”.

And the following week, Mr Bradbury made me Captain.

I captained the team for the next 5 years. With my rugby prowess infinitely better than my academic record, I left.

At 16 I played my first Adult game for Westerham RFC (now sadly no longer).

Placed in the front row, against Dover. I was sandwiched between two policemen. They looked after me on the pitch and afterwards in the bar.

I then went onto join TWRFC playing colts, for a brief season. I also played U16s for Kent. However a house move to live back at my parents meant that I joined Eastbourne RFC Colts and Seniors where I also played Sussex U18 and U20s.

I started work in London in January 1990, and I then had multiple options to play. I represented various companies at Advertising 7s rugby. I also trained in the off-season at Clapham Common playing rugby netball.

From ’92 I went on to represent and Captain the EAARFC (English Advertising Agencies) and the Media Nomads. The latter a hard, socialising and touring Sunday side. We holidayed (!) in most of Europe and the USA.

I played for the Stray Dogs RFC, mainly against tough Welsh opposition and had a cheeky run out for Basildon RFC to play with my brother in law.

My ‘club’ rugby across this period was spent for 11 seasons flitting between OMT’s (Old Merchant Taylors) RFC and Old Wimbledonians. Due to work commitments I could only make sporadic training sessions in the evening, so I found myself nicely nestled in 2nd XV team Rugby.

In 2001, I moved with my family to Tunbridge Wells. I re-joined TWRFC. I played mostly with the 2nd XV and had one trip to Portsmouth for my first and only 1st XV cap. From 2005 I was eligible for Vets XV (35 years of age). And that year toured with the club to Denia in Spain – the Easter Chicken Tour (don’t ask!).

It was about this time that I got embroiled in the Mini and Youth sections of TWRFC, as my eldest Max, turned 6.

It was aso at this point that I started to get heavily involved with non-playing aspects of the club: coaching; Chairing; reffing; kitchen cooking; comparing; auctioning; BBQ’ing; tournaments, club house development and Kiwi camps.

I coached both my boy’s age groups, finally getting to play rugby with them last Boxing Day (2019). And we would have had a fantastic re-union with both age groups who are now all eligible to play senior rugby – I guess that will have to be next season now.

I retired from regular Saturday matches in 2012. The body couldn’t take the weekly punishment and the knees weren’t enjoying scrum time. However what I found was I couldn’t keep away from the sport or the club. I continued to have the odd run-out every year from then onwards.

I still play with a club side from Scotland- Waid FP Rugby Club’s Buccaneers. I have represented them on Tour, also playing alongside some of them for the Scottish Members of Parliament RFC – playing against ‘The House of Commons and Lords RFC’. Again drafting in some TWRFC club members and my Max.

My weekends in a normal season; consist of me on a Saturday morning reffing at Skinners’ (this I will continue now my boys have left the school), then going to the club to watch the 1st XV. On a Sundays I currently drop off Martha who helps run the Café (since she was 8) and I then either reff or help coach the U11’s.

The best thing about rugby is meeting your friends and joining them for a beer. Hopefully we can do that soon, and maybe, if you are very lucky, I can talk you through the try that I scored at ‘The Rec’ playing with my best TWRFC club mate Fran Colangelo!

I am looking for more contributions please – contact me at gwithers10@btinternet.com