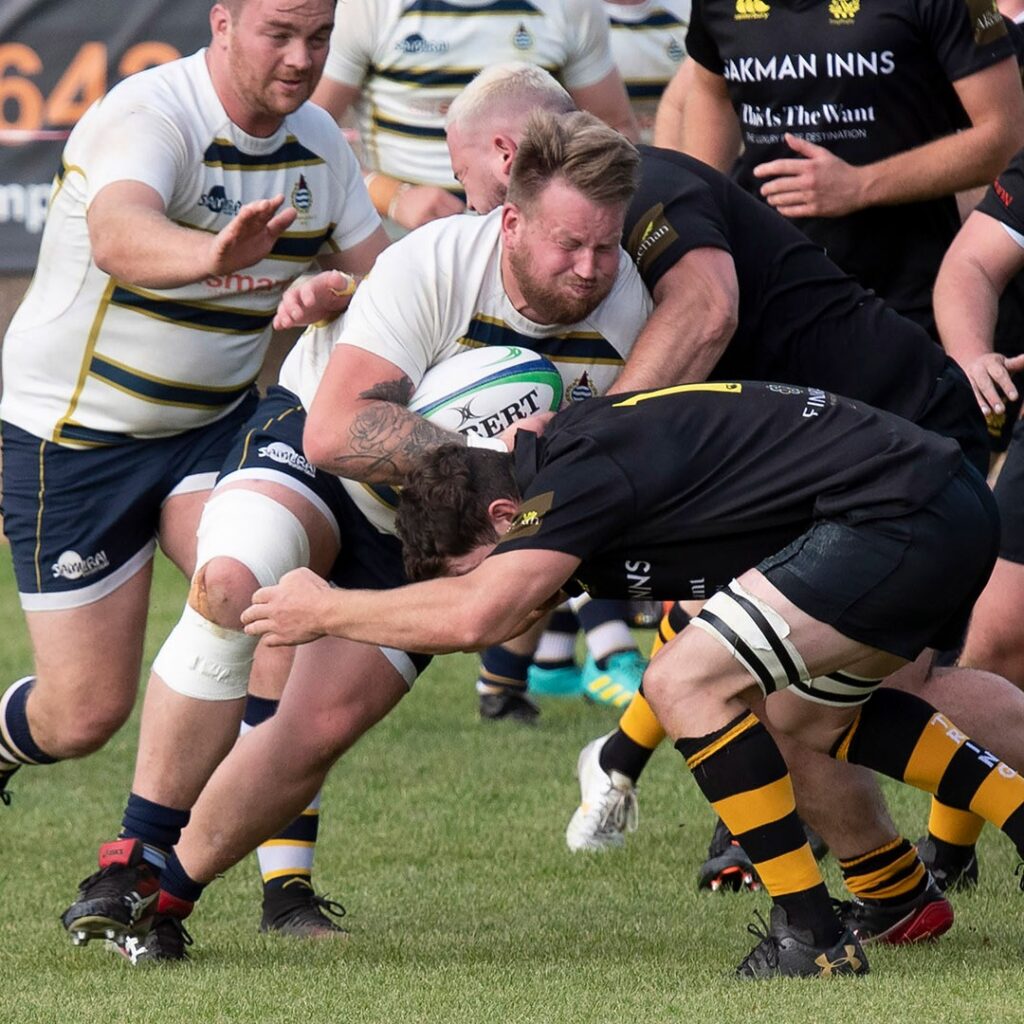 Following the disappointment of last weeks failure to take the points vs Sidcup Wells travelled to Tring in Hertfordshire for this London and SE Premier game with 12 members of the squad not available or injured. Here was another crop of new players to assess as Finlay White replaced Luke Giles at fullback, Rich Webster replaced injured skipper Mike Doherty in the centre, Ben Day took over from Jack Anderson at fly half, Toby Talbot came in at 6 and Stuart Nicholls started as hooker.

Whether the journey took its toll or Wells are going to be slow starters the side found themselves 12-0 down after 19 minutes having conceded two tries to a lively Tring back division who scored tries through Ben Hogan at Fly half – which he converted and through left wing Rory Hardman.

From this point on though Wells grew in confidence with a solid scrum platform and Nicholls finding his range at the lineout and his jumpers. This gave the visitors field position and debutant Finlay White kicked a simple penalty on 26 minutes to start the process of reducing the gap 12-3.
With Josh Brockman and Ben Harrison gaining yards in the loose and the Wells getting ball to their backs and with the defence tightened and widened nicely a forward passing movement saw Brockman go over for a try halfway out on the right with Fin White converting on 31 minutes 12-10.
Tring then put in a ten minute assault on the Wells line before halftime but the Wells defence stood solid to leave the score at 12-10 to Tring at halftime.

As the teams came out for the second half it was clear that the momentum of the game had shifted to the Wells although an early attack in midfield saw Angus Horne lose the ball in the tackle and Tring picking up a succession of fine cover tackles as the Wells got back to defend saving the day.
As the half developed though the visitors enjoyed more of the ball and more play in the home half with Fin White hitting a further penalty on 52 minutes to take the visitors into the lead for the first time 12-13. This was immediately responded to though by the home team as Wells missed a tackle in midfield to allow right wing Jake Olley to pick up an unconverted try halfway out 17-13. White responding a minute later with another penalty for offside this time from 30 meters 17-16.

At this stage and from the kick off ill discipline saw a Tring centre sent to the bin with a yellow card with White adding his fourth penalty of the afternoon and gaining the lead for the Wells at 17-19 with the last quarter to play.

With the game opening up Brockman, Horne, Harrison and Nick Doherty started to punch holes in the Tring defence and on 65 minutes after a telling break from Brockman wing Jake Smith finished off with a brilliant dive under the cover into the right corner for an unconverted try 17-24 on 65 minutes.
Wells continued to enjoy the majority of possession with the front row solid in the scrum as Gabriel O’Brien, Jason Lord and Jack Anderson were rolled on as subs. Despite having to demonstrate a tighter defence as the final whistle approached Wells were on the attack through the middle again with Angus Horne showing incisive play to put right wing Toby Wallace in for a converted try to take the score out to 17-31 on 70 mins.

All looked good for Wells until they lost a player to a yellow card for a tip tackle and the last 8 minutes of the game saw them thrown into defence as Tring scrum half Richard Beeney went in for a converted try to pull the score back to 24-31. Despite this score and being a man down the Wells team showed spirit and organisation to see the game out and secure the first win of the season.

There is no doubt that coaches Ben Kayser and Dave Strettle will have their jobs cut out in selection once all the Wells squad are available as a number of players put their names forward for the team sheet next week with Fin White, Josh Brockman and Ben Harrison all putting their credentials forward for Man of the Match with Tring going for Brockman in a close run thing with Harrison.

Next Saturday sees Wells with 3 sides at home at St Marks with the Firsts hoping for a big crowd as they take on Brighton KO 3 00pm.