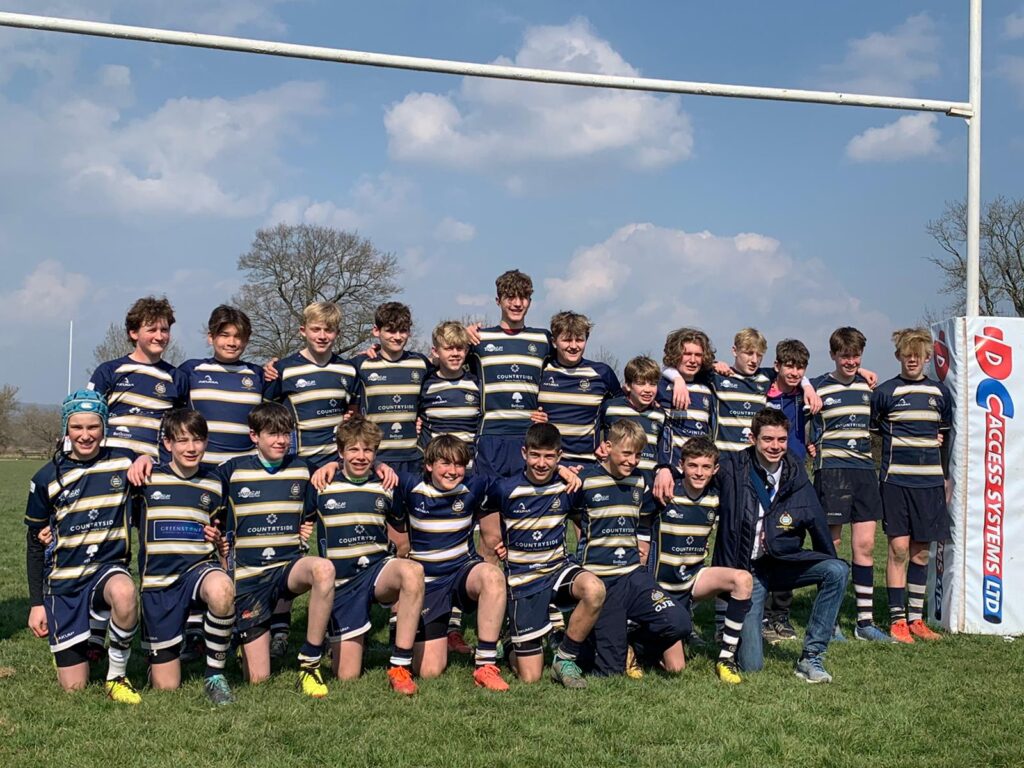 The Competition took place over three weekends under the “waterfall” format, with teams streamed by ability to play the most appropriate teams by the time they reach the last weekend. This keeps all teams engaged in the competition until the final round of matches and encourages player engagement and enjoyment.

In the opening weekend, the Wells’ squad met Gravesend, Ashford, Sittingbourne and Aylesford Bulls, winning all four games by an aggregate 81-0. The following week saw them take on three new teams: Tonbridge Juddians, Old Elthamians and Dartford Valley, all of whom would also have progressed with winning records from Week One. An aggregate score of 37-5 saw them then progress to a Finals Day Cup group held just up the road at TJs.

The hosts, Tunbridge Wells, Southwark Tigers and Old Alleynians represented the 4 leading clubs in Kent and South London and played a “round-robin” group to determine the Kent Cup winners. The opening match saw a dominant performance over Southwark Tigers, ending in a 24-0 victory. The Wells had warmed up well and the forwards were strong in all the set-pieces. A solid scrum coupled with a very effective line-out and rolling maul, offered a reliable platform for the backs. This produced four lovely tries with two for Jared Van Zijl and one each for the twins Isaac and Flynn Hawken. The front row of Bill Gillespie, Ben Rothwell and George Crossland looked rock solid, with Charlie Mitchell and Bertie Brown as constant pests at the breakdown.

The second game was a local “derby” against TJs. There is a strong and healthy rivalry between these two neighbours, and this was to be a game that lived up to the billing as Wells looked to recover from a recent defeat to their rivals….and “bounce back” they did with real passion and belief. The match started as a close and balanced game, but it wasn’t long before the power of the boys from St Marks began to show. After 5 minutes, the 6ft 5 colossus Wells no.8, Freddie Jones, picked up the ball in midfield and stretched his legs all the way to the try line, which James Croker converted. Hamish Weaver at outside half was now starting to control the game and Jake Ward and Albie Andrews started to cause real problems for the home team. When they were awarded a line-out on the home side’s 5 metre line the visitors deployed the driving maul, with Grig Antonovics providing the momentum that saw Akbar Kyshtoobaev could go over for the try. His delight was clear to see as he set off on his celebratory dance! Flynn Hawken completed the scoring, with the ever-willing Kit Morgan in support. This 17-0 win saw Tunbridge Wells move onto their final match against Old Alleynians.

The ‘final’ game was the meeting of the two undefeated sides and was poised to be a belter. The sun was shining, the pitches were perfect, and the players could not wait. Wells had vocal travelling support on the touchline, as well as three of their injured players: Ollie Rigby, Joshua Hacker and Dylan Armstrong. A great demonstration of the “One Squad, One Club” mentality. After a competitive opening period, Wells got a scrum on the OAs 5 metre line. Whilst the half backs loaded one side, Freddie Jones picked and went on the blind side with the support of Quinn Massey and Jared Van Zijl, leading to a try for Jared. However, there was a reason that OAs were in the final and they responded robustly to make the score 5-5 at half-time.

It became something of a war of attrition as 10 games in three weeks started to take its toll on committed bodies. The depth of the Wells squad was now being tested as they lost Crossland, Morgan and James Litchfield, but it was their discipline as much as it was their resilience which now came to the fore. As the OA’s penalty count started to rise, the trusty boot of Croker added two penalties to make it 11-5 with just a few minutes left. The supporters (and coaches!) nerves were soothed when a breakdown on the right touchline saw the ball secured and then spread superbly across the backline for Flynn Hawken to power over for the winning try. A resounding 16-5 win to see Tunbridge Wells deservedly crowned Kent Cup Under 14s champions.

Mike Rigby, Chairman of TWRFC said: “This is a fantastic achievement for our Under 14s and is the culmination of their hard work during the entire season. We pride ourselves on being a volunteer run community sports club which offers best in class coaching across the age groups. It is great to see those volunteers delivering such a fantastic experience for these kids here. Well done boys”. A note of thanks must go to the entire 54 strong Under 14 playing squad, the coaches and of course the parents for unwavering support for TWRFC. Tunbridge Wells RFC is a volunteer run community rugby club whose senior side plays at Level 5 in the London & SE Premier League and has over 775 youth members. They offer sport for all at their home ground at St Marks where they offer rugby and cricket for ladies, men, minis and vets.