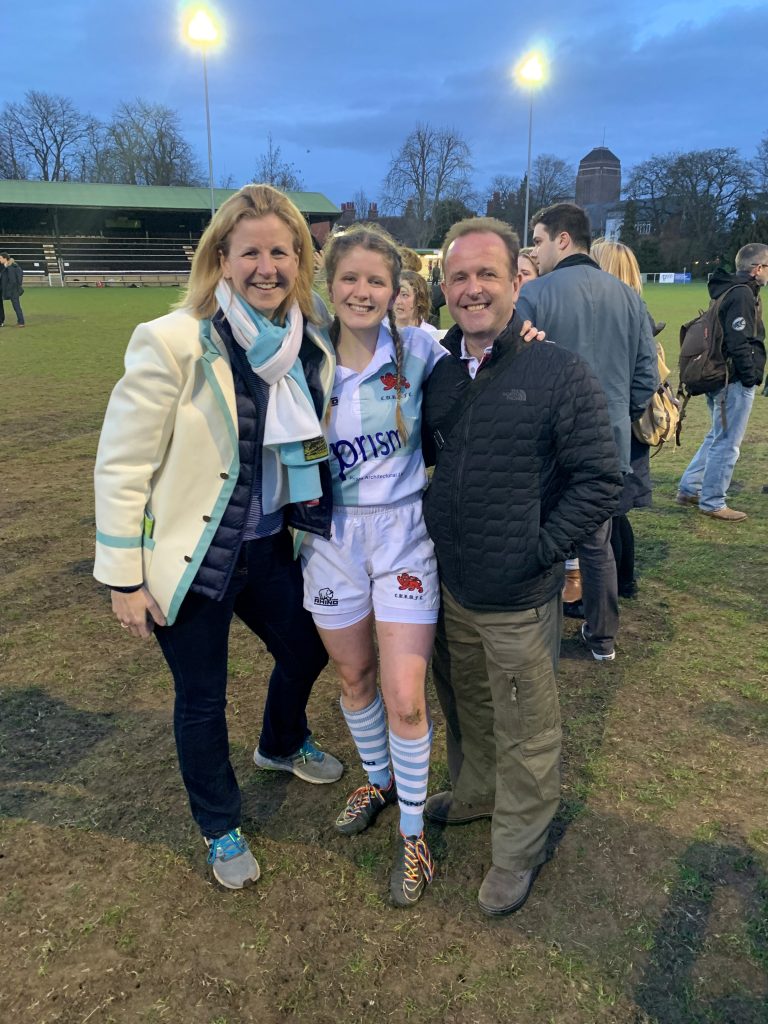 Hannah Samuel, 19, of Tunbridge Wells has been selected to represent Cambridge University in the women’s varsity rugby match against Oxford at Twickenham on Thursday 12 December. She follows in the footsteps of her mother Tammy Samuel who also gained a rugby blue in 1994 and 1995.

Hannah started playing mixed rugby aged 6 at Tonbridge Juddians before moving to Tunbridge Wells RFC where she was one of the founder members of the ladies section. She progressed to become U18s and club captain. Hannah went to local grammar school at TWGGS where she helped to establish and run a tag rugby team, inspiring the younger girls to take up the sport. She fits in her rugby at Cambridge around a law degree and singing in her college choir – where she is also a choral scholar.

This varsity match is the 31st year of women’s rugby at Cambridge and it is an historical moment as Hannah and her mum Tammy will be the first mum and daughter Cambridge rugby blues. The sport plays a big part in the Samuel family as Tammy now coaches the U13 girls team at TWRFC where Hannah’s younger sister Nia plays. Tammy, who also played rugby for both Saracens and England in her youth said “we are so proud of Hannah. She has worked extremely hard. She’s the fittest she’s ever been and really loving her rugby. We’ll be very nervous on the day though!”

The women’s varsity match is being shown live on ITV at 1130am on Thursday 12 December, followed by the men’s match at 330pm.