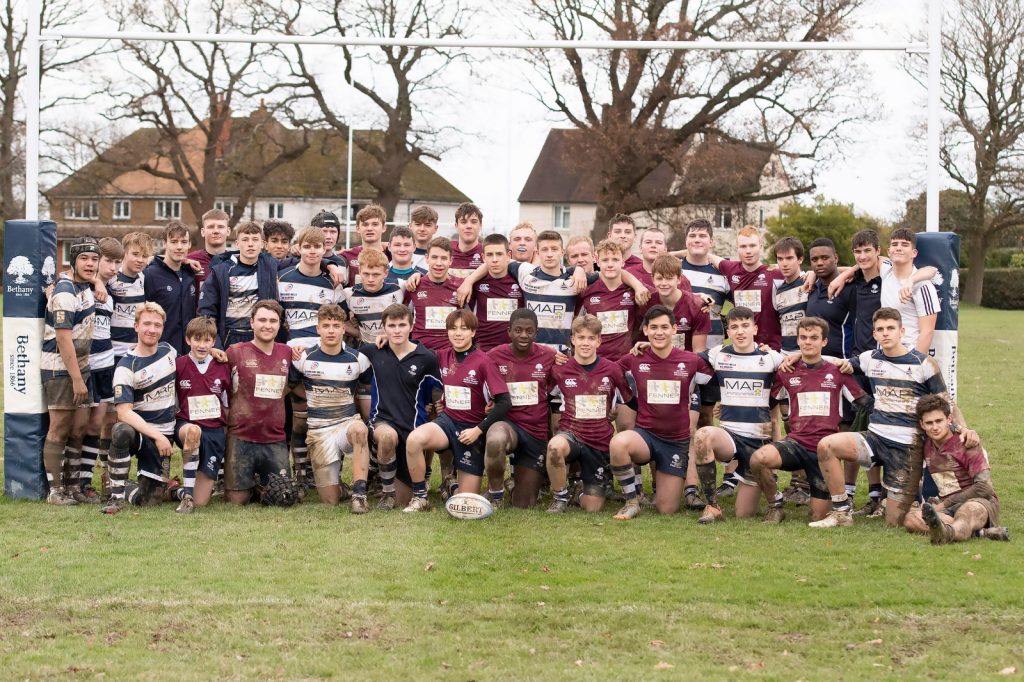 A very even match saw Bethany School camped in Wells’ half for much of the game – only held back by some great defensive work. Wells applied huge pressure and forced errors but then too often they lost the ball again at the breakdown. However, the pressure eventually paid dividends when a linkup between forwards and backs set Zach Trengrove up for a great run to open the score.

Wells’ then scored their second try with a blistering run from the half way line by Markuss Lagunovics followed by a conversion from Sam Dupuy. Bethany School responded with a try bringing the score to 5 – 12 but Wells’ quickly came back with a well worked forwards play and Billy Grigson scored between the posts with another conversion from Sam.

Bethany fought back again with a great move off the blindside of the scrum to score but were unlucky with the conversion hitting the post. The final whistle went with the score at 10 – 19 to Wells.

“Today was our first run out for the newly reformed Academy” said Jim Scully, Director of Rugby at TWRFC. “The Academy aims to develop our Youth players through to our Senior squads and today’s performance showed the boys have some real potential. But today is also about Anthony and the fund established in his name that has helped numerous players from TWRFC and Bethany School on their rugby journey”