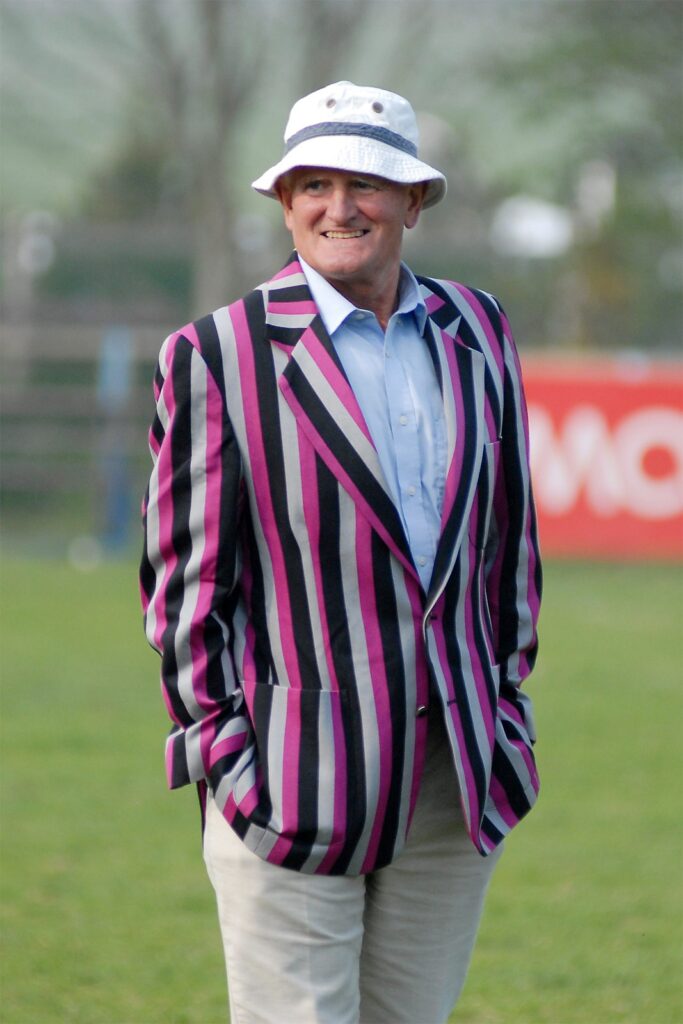 “No minis then so my first game of rugby at 11 years was for Beckenham GS Bantams. After school, I played 16 seasons for Beccehamians, playing with a lot of very talented players before leagues were introduced. Our best result was in a game that saw us score 100 points against Juddians.

Played two years when we lived in Tonbridge for the town side, which was again with a great bunch of guys.

Our new abode was a shambles and I was “persuaded” to retire and restore the place. However, from up the ladder were spotted a set of rugby posts….! Across the fields and a few pints later I was signed up and played up until Christmas for Johnny Johnson’s side.

Sadly, rugby retirement coins died with the burning down of the old clubhouse, no loss to the building but certainly for the memorabilia. Having been involved in building the OB’s clubhouse I was soon involved again in the new build. With such a great building facility we needed to match it with better playing areas and as Chairman of the Borderers (by now) we purchased the field for our present 4th XV pitch. This was followed by purchasing ground over the hedge in Sussex, and change of planning use and a complete rejig of the playing area gave us 4 pitches and 2 excellent cricket squares.

A few years later we substantially improved the changing room requiring a new lease and the second maximum lottery grant. Heading up these projects was extremely rewarding and embraced so much graft and skill that was available from club members.

On the playing side I dabbled in coaching but soon realised that my lack of ‘know how’ would hold me back so Preliminary, Intermediate and Senior RFU courses followed. The latter taking half my annual leave at Bisham!

At this stage, Mini Rugby had been introduced at only 3 Clubs in Kent (including OBs) so I suggested to 2 club stalwarts Ron Birkby and Fred Delves that we had a go in Tunbridge Wells. An advertisement was placed in the Courier and in the first week almost 100 youngsters turned up. Look at it now! Fantastic. On to the Juniors and some great talent was developing such as messrs Conboy, Nelson, Huntly, Bishop and Purland obtaining trials at England under 16 Level whilst playing together at TWRFC.

Although my first love is rugby we had a close relationship with the cricket section and until recently TW Harriers and Southborough Wheelers. This was crucial in obtaining funding and maximising the use of our splendid facilities.

I still enjoy our sport and of course reminiscing at our quarterly curry club meets.

Thanks guys for so much fun and great comradeship.”