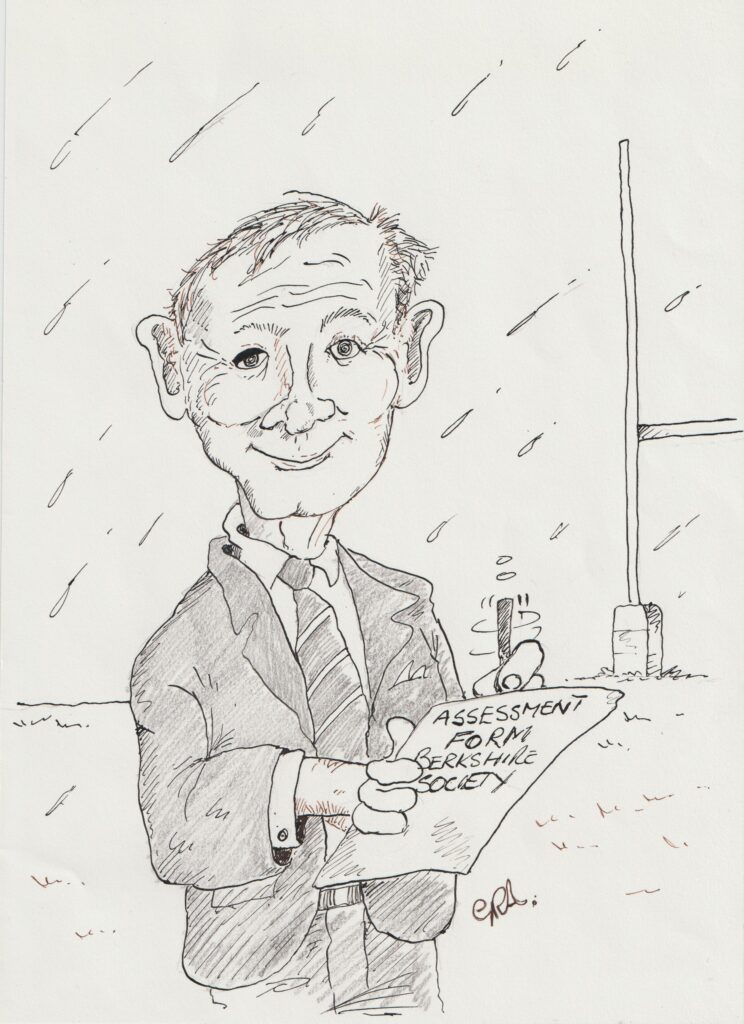 In conversation with John Evans……

Can you let me have some background on your rugby life and your connection to the club please John?

Ton-Pentre Wanderers (Founder member. But we only ever had one fixture!)

City and Guilds College (on Wednesdays)

Tylerstown (when they once turned up one short to play Treorci.)

St Albans (on loan from Chelmsford)

US Portsmouth (on Saturdays)

HMS Mull of Galloway (on Wednesdays)

I can only remember being carried off once, and I cannot recall being sent off (but I had finished playing before the Yellow Card came in.)

Can you let me have your personal favourite rugby photo of you?

I cannot find an interesting photograph, but I have attached a caricature of myself presented to me by the Berkshire Referees Society when I left Marlow in 2011. I hope it might do (At last it is different.) I do not know the artist nor why he has drawn me as being left-handed, which I am not, nor why he has left off my right little finger.

The caption which I have left off, reads “Berkshire Society of Rugby Union Referees 1970 -2011”.

All the above has been achieved in 80 seasons!

And your most embarrassing moment?

When playing for Chelmsford. We had an away game against Hendon. Four of us were in a car and well on our way when the driver asked. “Does anyone know where the ground is ?” Silence...all round

No mobile phones in those days. Best suggestion was to go to Hendon Public Library, and hope they had records of Local Clubs and Societies, which they did. But the Rugby Club card was blank!. So we drove back to Chelmsford in shame……..